The Austin Page Turners have been around since 2002 when former Austin mayor Bonnie Rietz started the organization after being inspired by other cities also having reading projects.

Each year, they pick one book by a Minnesota author for their own widespread reading event. Two authors born in Austin have been represented in the past: Tim O’Brien in 2003 & Larry Engelmann in 2006.

This year’s book is ‘The Seed Keeper’ by Diane Wilson.

"Diane is a Dakota woman and she is a writer and an editor and a speaker. She has also done volunteer work at the dream of the wild help, and that focuses on teaching native American youth about plant seeds and native American foods," Terry Becker-Ersland said.

Wilson’s newest novel involves a Dakota family’s struggle to preserve their way of life as well as focusing on a woman’s search for her belonging in the community. It is the first time a book was unanimously picked among all the members. In 2007, Lorna Landvik, the author for that year, released so many books that they decided to include them all. 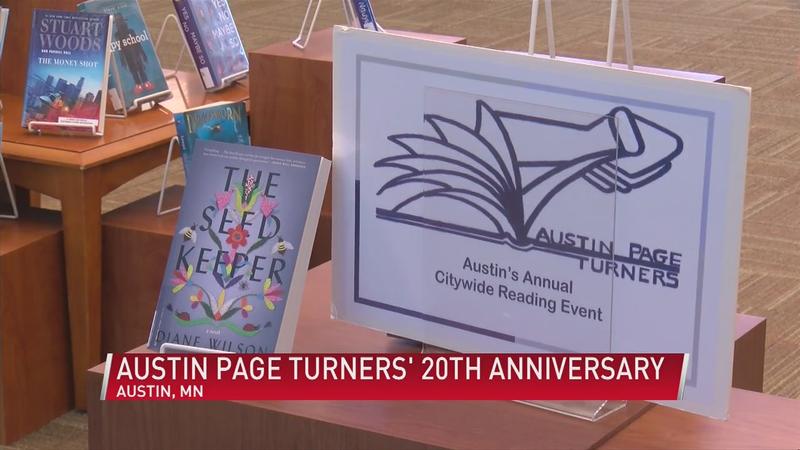 "She has many books that many people have read, so that was the year where we invited people to pick one of her books," said the Co-chair of the Austin Page Turners Peggy Benzkofer.

You can get them either paperback or audible copies of ‘The Seed Keeper’ at the local bookstore, Sweet Reads, as well as in the Austin Public Library.

Author Diane Wilson along with the Austin Page Turners will be at the Austin Public Library on April 21.