Austin community mourns the loss, and celebrates the life of Chol Opiew

(ABC 6 NEWS) – Saturday the Austin community mourned the loss and celebrated the life of a beloved role model and activist. Chol Okey Opiew – a family man and member of the immigrant community in Austin – was killed last month in Ethiopia when he took a trip back to visit his father.

His memorial was Saturday. The local authorities in Ethiopia say they have a suspect in custody but are still investigating.

"Chol is a man of vision. He’s very energetic. He’s always someone who is eager to learn and also listen to other people," said Chol’s cousin and Austin City Councilman Oballa Oballa.

Opiew was born in South Sudan and immigrated to the United States in his 20s. He made the move to Austin to raise his family. People remember him as a family man.

"He embraces family, he also embraces community, and he also embraces education because he thinks that all three have to function for a society," said Ojoye Akane, his friend and coworker at the African Asian Refugee Services Agency. 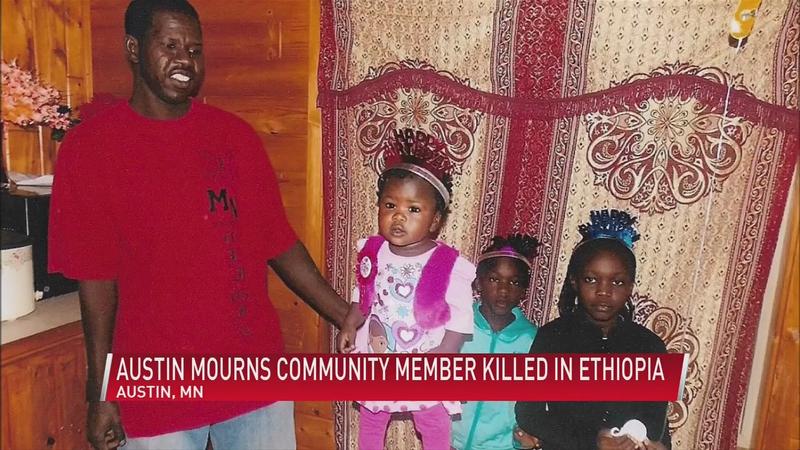 Akane said Opiew had many jobs in the community along with his work at The African Asian Refugee Services Agency.

"This would be a service by the refugees for the refugees. It really was a good idea," Akane said.

The pair helped new refugees settle in Austin, find jobs, and get drivers’ licenses. Opiew was a fierce and committed public servant.

"Once you start something with him he wants to see the end of it. He’s a man of action. He wants things done and he gets things done," Akane said.

Opiew was also the chair of the Sudan People Liberation Movement in Austin, fighting for peace for the country. Oballa credits Opiew for encouraging him to stay in Austin. He said Opiew truly loved the city.

"Chol said if you want to be successful a small town like Austin is good for you. This is one of the best towns he had settled in. He wanted to raise his kids here," Oballa said.

Opiew will be remembered as always just a phone call away. Always ready to help refugees, his family, his friends, and his community. The family has a gofundme page set up online.