(ABC 6 News) – On Friday night, the Austin Bruins played their first playoff game since 2019 against the same team they played the last time they made the postseason – the Aberdeen Wings.

Entering the matchup, the Bruins had beat the Wings 8 out of their past 12 meetings. For two periods, it looked to be same-old, same-old as the Bruins scored their first goal in the waning seconds of the first period and late in the second period. This all came despite the Wings getting more shots on the goal than the Bruins.

In the third period, Aberdeen began their rally and scored 4 unanswered goals. The first two came from from Seamus Campbell. The game remained tied at 2 until the final 3 minutes of the period, when Dominic Schimizzi would net the game-winner and twenty seconds later, Aberdeen would get an empty netter from Jacob Bosse to seal the 4-2 victory.

Aberdeen takes a 1-0 series lead into Saturday night as Game 2 of the Central Division Semifinals takes place at Riverside Arena. 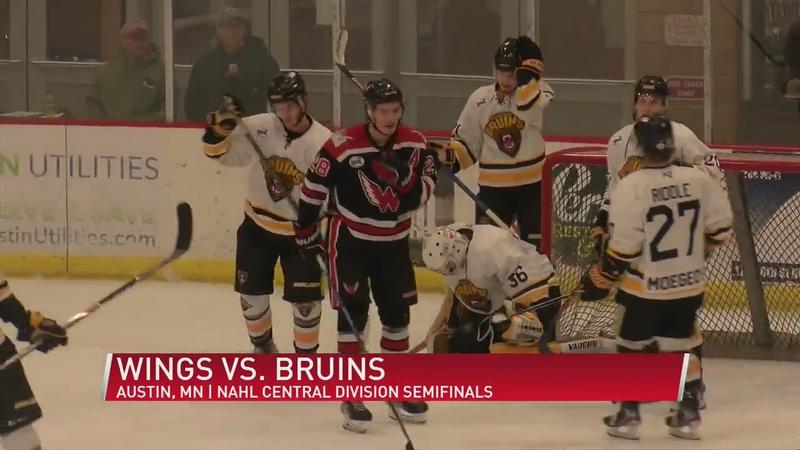