Albert Lea seniors will get the graduation ceremony they asked for

(ABC 6 News) – Back in March, Albert Lea students created a petition asking for three empty chairs to be placed at their graduation ceremony to honor their three classmates who passed away.

Students said they were told that this would not happen, leaving lots of students, parents and community members outraged.

This comes after lots of discussion, student petitions and social media posts.

After the board meeting Monday night, Dibble clarified with ABC 6 News that this was something he needed permission from the families on before they could move forward with it. 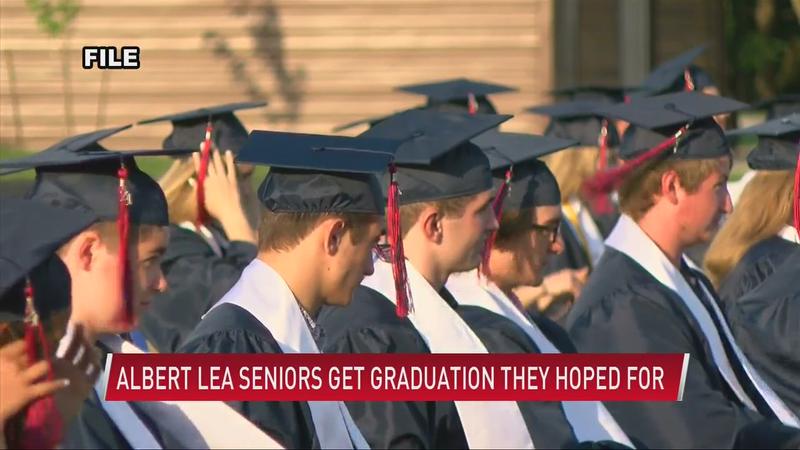 Dibble said that the three families of the students who passed away told him it is something they would want. He added that he hopes it brings those families some closure as they are recognized with the rest of their peers.

The graduation ceremony will be held on Friday, May 20th at 7 p.m. Weather depending, it will either be held at Hammer Complex or in the Albert Lea Senior High School gymnasium.

The ceremony will be open to the public and no tickets will be required.