(ABC 6 News) – The Albert Lea Fire Department has been checking in on the elderly or people who live alone in the community to make sure they are safe for decades now.

The Reassurance call-in program is free and is designed to give daily contact with someone from the Albert Lea Fire Department.

The program has been around in Albert Lea since the late 1960s.

"Sometimes we’ll catch them where they’re like ‘Oh boy’ because they’re still sleeping or maybe cooking something and we walk into the kitchen," Capt. Bart Berven with the Albert Lea Fire Department said. 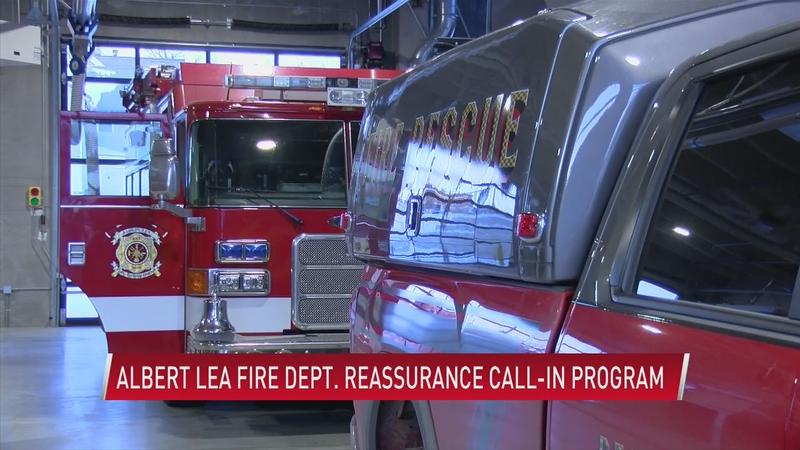 "It is awfully sad but we’re glad that we find them and not a family member," Berven said.

There are currently about 50 people in the program. Ages range from 18 years old to 103.

"Sometimes we’ll have people on it for a week like their family is gone and they just want someone to check on them. We’ve had people on there for decades," Berven said.

It’s more than just checking up on people. It’s companionship.

"We had a gal that was 103. When she passed away she asked if we could be the pallbearers. That was pretty special though. And we’ve had them bake cookies or different things like that," Berven said.

ALFD said COVID-19 brought a new dynamic to this program with people not being able to leave their homes. Berven said they’ve set up phones, TV remotes, changed the batteries in their smoke detectors and shopped for their groceries.

This program is an all-hands-on-deck effort. All of the Albert Lea firefighters interact with the people in the program.

To get on the program, call the fire department on the business number at 507-377-4341 and someone will come out to talk with you.