Who you’ll hear from in this story is Andy Herber, he’s a dad of three boys and they all love video games.

They love Mario Kart and are sharing their passion for it with the community.

"There’s a lot of families out there who are in similar shoes than us and we just try to help them all out," Andy Herber, president of the Super Herber Bros Foundation said.

Andy has three kids. Nathan, Justin, and Grant. All three of them have underlying medical conditions, things haven’t always been easy. 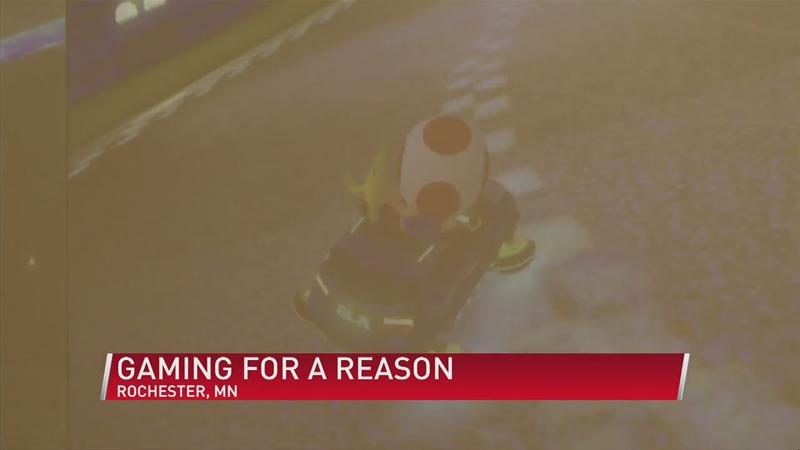 Nathan was just four years old when he was diagnosed with Non-Hodgkin’s Lymphoma, he spent months at a time in the hospital and at one point was even on life support.

But it was Super Mario and his friends that helped him get through it all.

"Throughout the course of his treatment he relied on video games to get him through the toughest days, the nausea, the blood draws," Herber said.

You can see video games brought this family together when they needed it most.

"They all love video games so we put together the Super Herber Bros for all the things they’ve been through," Herber said.

So Super Herber Bros was born. It’s a non-profit organization. It’s a way for them to give back to children battling complex medical illnesses.

"I’m a closet gamer, there’s no hiding that," Herber said.

One of their programs features a popular game, Mario Kart!

"Most people have some memory of playing it to put a fundraiser with that as the backbone is a dream come true," Herber said.

And this tournament was intense, kids and adults competed in their own individual brackets. All of their eyes were set on first place.

"Mario Kart was one of those games I grew up playing with my older brothers and I continue to play with my wife and it’s something that transcends age groups," Rochester resident Tim Roach said.

Tim was one of the people competing, he’s a pro!

"It’s just about staying in the middle of the course and getting good items," Roach said.

All fun aside, the day was about supporting not only the Herber Family. But all kids battling medical illnesses, Tim says seeing the community come together was special.

"The struggles they’ve been through I can’t even imagine and just to be here in the community supporting one another is a tremendous feeling," Roach said.

Video games do bring us all together. Entry fees were donated to the Super Herber Bros Foundation and various childhood cancer organizations.