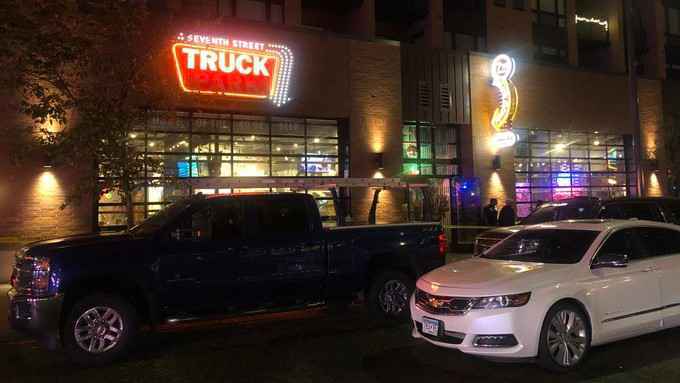 St. Paul, Minn. (KSTP) – Three men have been taken into custody in connection with an overnight shooting at a bar in St. Paul that left one dead and 14 others wounded Sunday.

Multiple 911 callers "frantically begged for help," reporting shots fired around 12:15 a.m. at the Seventh Street Truck Park bar, about a block away from the Xcel Energy Center.

Police found a "chaotic scene" and 15 people with gunshot wounds. After securing the area, officers worked with good Samaritans to aid the wounded before St. Paul fire medics were able to enter the scene safely, according to police.

A woman in her 20s was pronounced dead at the scene; 14 others were taken to the hospital and are expected to live.

For the full story and latest information visit the KSTP website.