2 dead after car crashes into bus station, catches fire on I-35W in Minneapolis

(KSTP) – Two people are dead after a car crashed into a Metro Transit bus station and caught fire Saturday night on Interstate 35W, according to the Minnesota State Patrol.

Viewer-submitted video shows a car engulfed in flames that had somehow jumped onto the bus station platform at Lake Street. Minneapolis firefighters were able to extinguish the flames. Two people inside the car were pronounced dead.

The car was traveling northbound in the Metro Transit lanes in the center of the highway, which are separated from general traffic by a concrete barrier.

Traffic on the highway was mostly normal by 8:30 p.m., according to traffic cameras.

The bus station, which is accessed via Lake Street below, is part of the new Orange Line bus rapid transit service and was set to debut on Monday as part of the Downtown to Crosstown project. 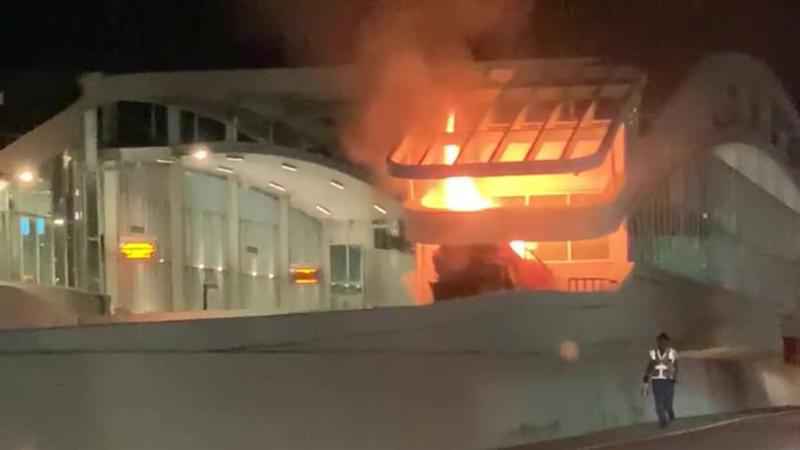 Metro Transit spokesman Howie Padilla says the station’s grand opening has been delayed as a result of the crash and that officials have to evaluate the structure of the station as well as some safety aspects before making the decision to open it.