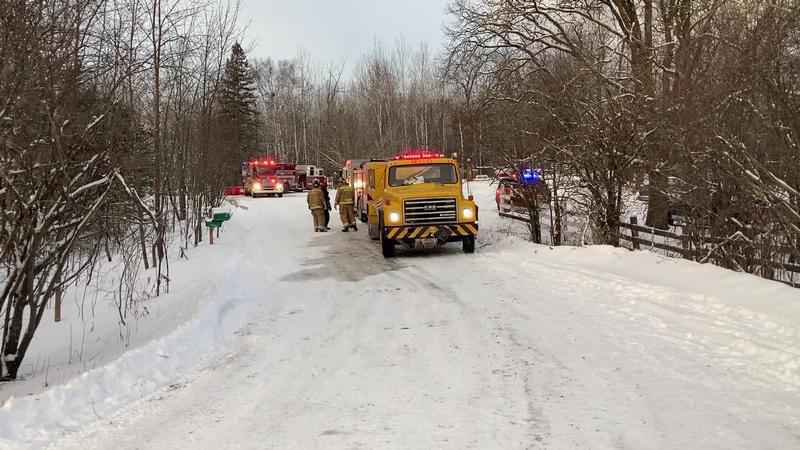 Emergency responders on the scene of a house fire in Beltrami County Thursday, December 23, 2021[LAKELAND PBS]

According to the Beltrami County Sheriff’s Office, crews were called to a home on the 9000 block of Pony Lake Road in Liberty Township at about 6:12 a.m.

When they arrived, they found the second floor of the home consumed by fire.

There is no word on what caused the fire.

The incident is still being investigated.

Shortly before 11 a.m., the Sheriff’s Office said crews were still on the scene, saying 45 firefighters with 16 fire apparatus responded, as well as three investigators with the Fire Marshall’s Office and the Bemidji Fire Department. Members of the Minnesota State Patrol were also at the scene.

The sheriff’s office said it will release more information when it becomes available.

Liberty Township is located about 13 miles northwest of Bemidji.