(ABC 6 News) – A Rochester man reaches a plea deal over a robbery involving a gun at the Apache Mall.

Police said Shaffer and another individual went into Nuka Llakta store the morning of April 24 around 11:30 a.m. One of the individuals grabbed a sweatshirt and put it into a bag and began to leave. An employee approached them and tried to grab the bag accusing the indivduals of stealing from the store.

The employee told police that Shaffer lifted his shirt and showed a gun saying he was going to “pop” them, and pointed the gun at their neck.

Security footage depicted two black men entering the store and leaving with a jacket. An employee can be seen running after them, but the incident that occurred after was not caught on camera. 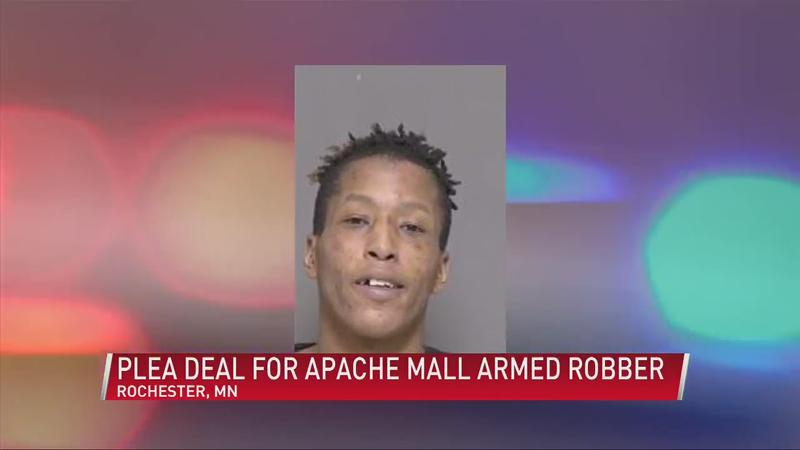 The two men could be seen running out of the mall and leaving in an SUV.

Shaffer was later located at a NW Rochester hotel and taken into custody. No other charges have been filed against the second individual.

Shaffer’s charge of first-degree aggravated robbery will likely be dropped with Monday’s guilty plea. He is currently being held in the Olmsted County Adult Detention Center on a bond of $500,000.

Shaffer’s sentencing is scheduled for November 2.

RELATED: One arrested after armed robbery at Apache Mall