(ABC 6 News) — The NBA Summer League isn’t the only hoops action going on as evident at Hayfield High School on Wednesday.

The now two-time Class A basketball champion Vikings hosted a multitude of schools in a summer tournament. The Lions of Spring Grove were among the schools present, having made it to the championship game against Legacy Christian Academy.

Throughout the contest, the Lions looked like they were in midseason form, something they’ll likely expect themselves to have come the new season. Only one senior graduated during the spring, meaning the majority of the core will still be together as they took pleasure in Wednesday’s competition.

"Yeah, it just feels good to get back in the gym during summer and just getting the grind on, I guess," Lions guard Elijah Solum said. "Beating all these good teams is going to really help us during the season so, good wins."

Solum’s teammate, Tysen Grinde agreed, saying, "I think it’s great to match up against all the players – all the teams that we’re going to be playing during our regular season. Everyone here except for P-E-M was a 1A team, I think. So it’s great to play all of them." 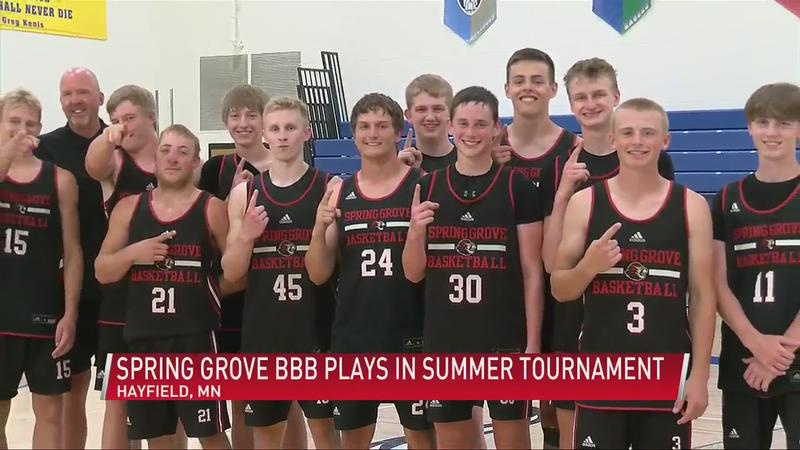 The Lions beat LCA in the championship, 55-36, in an event that also featured Plainview-Elgin-Millville and Lyle-Pacelli among other schools.