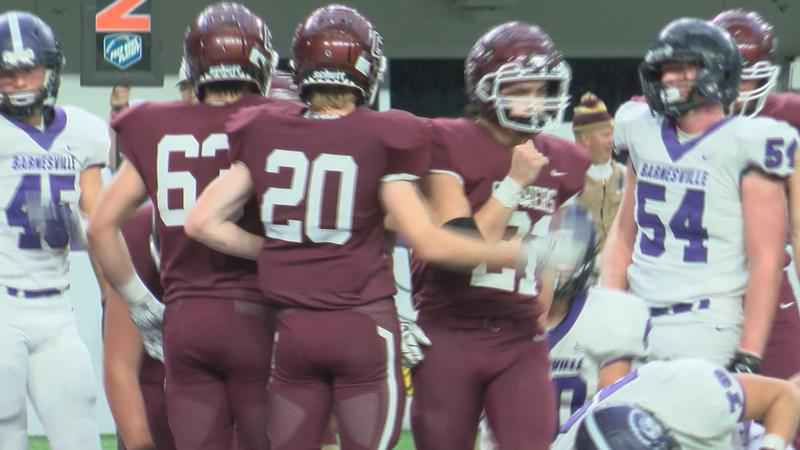 Court documents show the lawsuit was filed on behalf of an individual identified as S.B., a minor, and S.B.’s parents and states that S.B. “is the starting quarterback for the Chatfield Varsity Football Team.”

Per MSHSL Bylaw 206.002 , following the second unsportsmanlike conduct penalty, a player is to be ejected from the game and suspended from the next game in the series. Per the byline that would mean Backer would be suspended from Chatfield’s next game, the state championship game on November 26.

After Backer’s ejection from the November 18 game, the Gophers went on to win to defeat Barnesville 22-18. The team will now face West Central Area/Ashby in the Class AA Prep Bowl on November 26.

Under Minnesota State High School League rules, the ejection carries an automatic disqualification from the game in which the penalties occurred and the next game.

The lawsuit seeks relief from the MSHSL’s suspension of S.B., “Under Minnesota law, interscholastic sports participation is a constitutionally protected property right included as part of a student’s right to an education, which cannot be taken away without due process … Due to the MSHSL’s lack of an appeals process for review of unsportsmanlike conduct penalty calls leading to ejection and subsequent automatic suspension, S.B. was denied a constitutionally protected property right without due process,” the filing states.

The lawsuit continues stating, “S.B. disagrees with the unsportsmanlike conduct calls as video of the alleged penalties reveals S.B. was not the instigator, and as it relates to the second call, his actions were a reaction to the twisting of his ankle to protect his own safety. “

The lawsuit seeks to obtain a temporary restraining order preventing the MSHSL from suspending S.B. from the state championship game without due process.