(ABC 6 News) – There’s more food to go around at the First Presbyterian Church’s Food Distribution Center in Albert Lea thanks to an area audio dealership.

Members at Dave Syverson Auto Center spent the last month collecting food donations from customers, along with donating $100 for every car sold. In total, they were able to donate $6,000 from those sales and another $1,000 worth of food, which they delivered on Friday.

General Manager Travis Stortoen helped spearhead the fundraiser, "We heard that they were low on inventory and so we thought we wanted to help and raise awareness that we have people in need in our local communities."

"I think it (the fundraiser) made all of us salespeople dig in a little harder," Sales Representative Tamara Kardona said, "Being able to help people when they need it, is huge. I’ve needed it before, I think everyone has needed it a time or two in their life and just being able to give back is a lot." 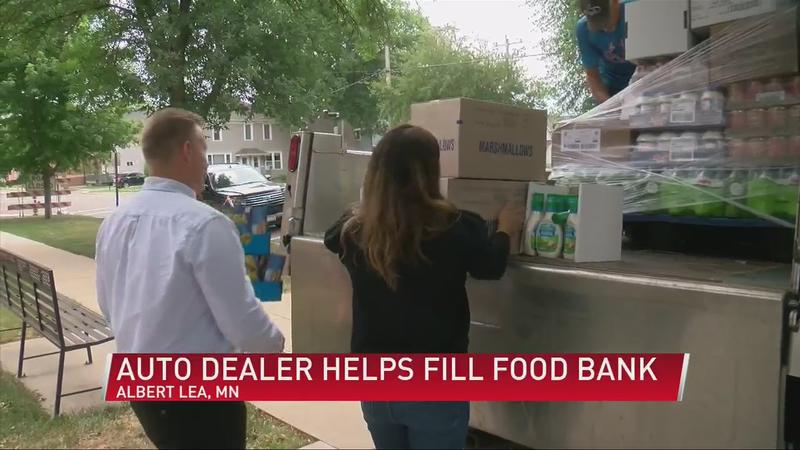 The First Presbyterian Church‘s Food Distribution Center says the food donations will go quickly and that new donations aren’t coming in as fast.