(ABC 6 News) – From Alden to Albert Lea and Hayward, the Freeborn County Sheriff serves over 30,000 people, working every day to make sure the county and everyone in it are safe.

After serving two terms, Sheriff Freitag is hanging up his hat, and voters in Freeborn County will cast their ballots in the August 9 primary for who they want to move forward in that position. Three candidates will be on the ballot, Deputy Dale Glazier, Lieutenant Jeff Strom, and Detective Ryan Shae, all who have extensive history in law enforcement.

Deputy Glazier first ran for sheriff in 2014, and says he has a ‘new vision’ for the department and wants to bring about positive change. He’s served with the sheriff’s office for almost 19 years, and says staffing and hiring more deputies is essential.

“So, we need to get people hired. That’s really one of things that’s running morale down. People are working more hours, working a lot of overtime, people are getting tired so it adds to a safety issue,” said Deputy Glazier.

Strom has been a lieutenant with the Albert Lea police Department for 26 years, and says he wants to create a collaborative agency that’s committed to the community. He also wants law enforcement to be more than just a badge. He wants them to get out and have positive interaction and involvement in the community.

“A lot times when someone’s driving around in a squad car it’s just an anonymous person driving around. I would like to get the deputies out there more to interact with the smaller communities and have them be used as a resource for the community. It’s nice to be able to put a name with the face,” said Lieutenant Strom. 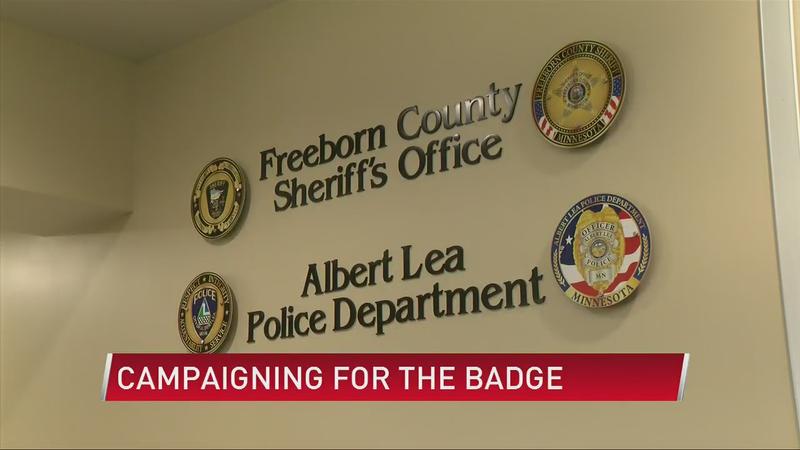 Detective Shae has served in law enforcement for 24 years, 22 of those with the sheriff’s office. He says his main priorities are safety, recruitment, and getting drugs off the streets.

All three candidates will be on the August 9 ballot in Freeborn County and the top two will move on to the general election in November.