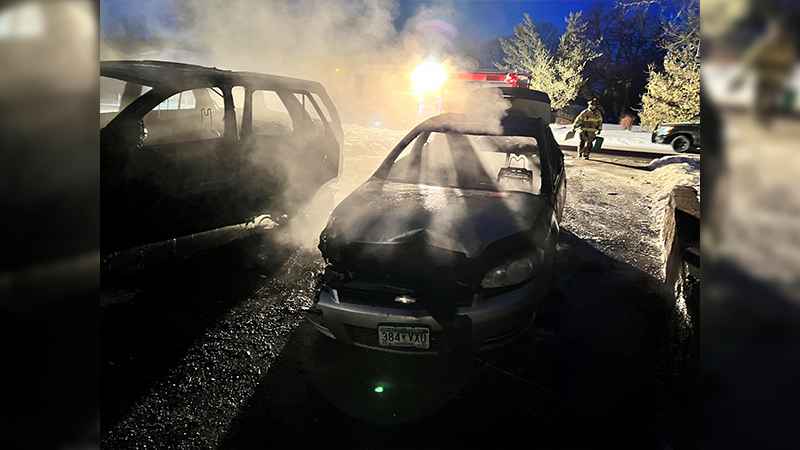 The Rochester Fire Department was called to a rural southeast Rochester home on Oak Park Circle SE around 5:30 a.m. Thursday for a vehicle that was on fire. While en route to the home it was reported that a second vehicle had caught on fire.

Fire crews got to the home and found two vehicles on fire in the ground driveway. Crews determined the house was not in danger of catching fire.

Both vehicles are considered a total loss. No injuries were reported.

In a press release, the fire department said "vehicle fires can grow in size rapidly. If possible to do safely, try to move other vehicles
or exposures away from a vehicle on fire."