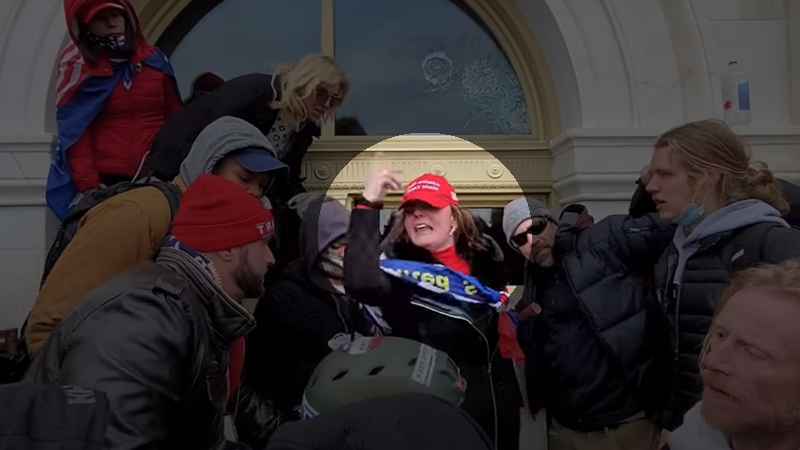 Screen capture from video uploaded to YouTube from the January 6 insurrection. FBI documents say around the :30 second mark a woman who appears to be Victoria White, wearing a red cap and black coat, can be seen

Victoria Charity White filed paperwork with the U.S. District Court on Wednesday, Jan. 5. In those documents White’s attorney, Joseph D. McBride states she was “engaged in protected speech and/or activity and peaceful assembly by peacefully protesting at the U.S. Capitol building” when she was “(1) beaten, (2) assaulted, (3) battered, (4) physically abused, (5) subjected to false imprisonment by being grabbed and prevented from escaping physical abuse and punishment without probable cause or just reason.”

The documents also state White “did not harm, threaten, or pose any threat to any federal or state agent while exercising her First Amendment and other rights” and that she was “beaten with a metal baton approximately 35 times and punched in the face five times at the U.S. Capitol on January 6, 2021, by a Metropolitan Police Officer believed to be a lieutenant, aided and abetted by other police officers.”

The lawsuit seeks relief and judgment as allowed by law, costs incurred in an amount of $1,000,000.00, as may be proven at trial, attorneys’ fees, costs, and any other further relief the Court deem just and proper.

White is demanding a trial by jury on all counts as to all issues so triable.