(ABC 6 News) – At the Minnesota Capitol a March 15 deadline came and went to pay back money to the federal government. Minnesota businesses are now seeing a tax increase to make up that money.

According to the Rochester Area Chamber of Commerce, businesses are already struggling right now with supply chain issues and inflation.

However, the state still has to repay the U.S. government for the extra money it received for unemployment benefits during the pandemic.

So, we borrowed about $1.2 billion-plus interest from the federal government. Now we’ve got to pay it back. Except state lawmakers can not agree on how to do that. 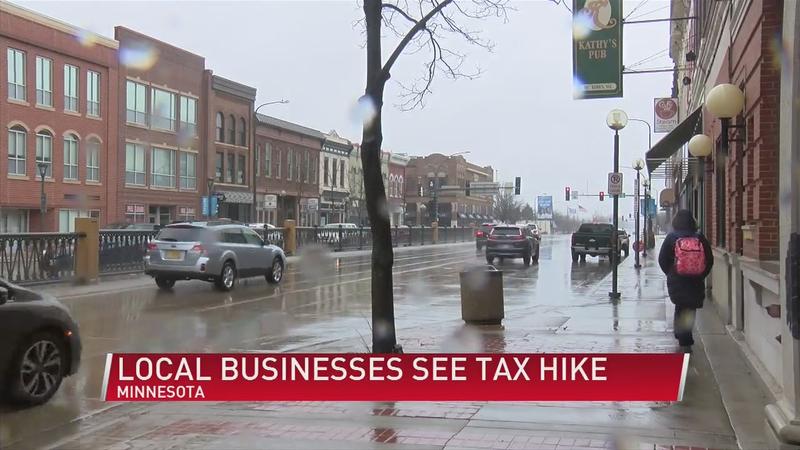 "Costs will go up in stores and gas stations across the state if we don’t pay off this unemployment insurance debt and refill the fund," said Senator Eric Pratt (R – Prior Lake).

The deadline to pay back the federal government was March 15, though some democratic lawmakers believe the real deadline to be April 30, because that is when local businesses have to pay their first bill.

Now, Minnesota businesses and employers are shouldering the cost by paying higher taxes.

"Right now businesses are working hard to recover from the pandemic. It’s another thing in a list of challenges that they are already encountering. Whether that be workforce, supply chain," said Ryan Parsons, the president of the Rochester Area Chamber of Commerce.

A bill passed in the Senate to repay the debt and refill the state’s trust find, but democrats in the House of Representatives has not held a hearing on the House floor. They argue it disproportionately benefits large corporations like Target, rather than small businesses most severely impacted by the pandemic.

They want to link this bill to a frontline worker bonus pay bill.

"We want to partner the two because as we’re helping businesses, we should also be helping workers and families. I don’t feel like we should be doing one without the other," said Rep. Liz Boldon (DFL – Rochester).

Businesses in Rochester have likely already seen a higher bill because of this tax. However, Senate lawmakers said there is a chance employers could see a tax refund if the legislature reaches an agreement. They also said refunding is a long, complicated process that could take over six months.

Governor Tim Walz along with many lawmakers wants to use some of Minnesota’s massive $9.25 billion budget surplus to take care of this. If they don’t, some are worried this cost could be passed onto consumers.