(ABC 6 News)- In light of the recent Supreme Court decision to overturn Roe v. Wade, Pro-Choice supporters gathered outside the Olmsted County Government Center Saturday afternoon to protest the ruling. Joining them was Aleta Borrud a Minnesota senate candidate, who believes that decisions about abortion shouldn’t be left up to the government.

"Politicians should not be interfering with the decisions that families make about when they have families. They should not be interfering in the medical office between a medical provider and the patient. I think people very much understand that. Polls show that Minnesotans really believe that these decisions should be left up to the individuals and their families," said Burrod

Borrud also added that she thinks the upcoming elections and who wins those races are going to determine the future of legal abortions in the state. 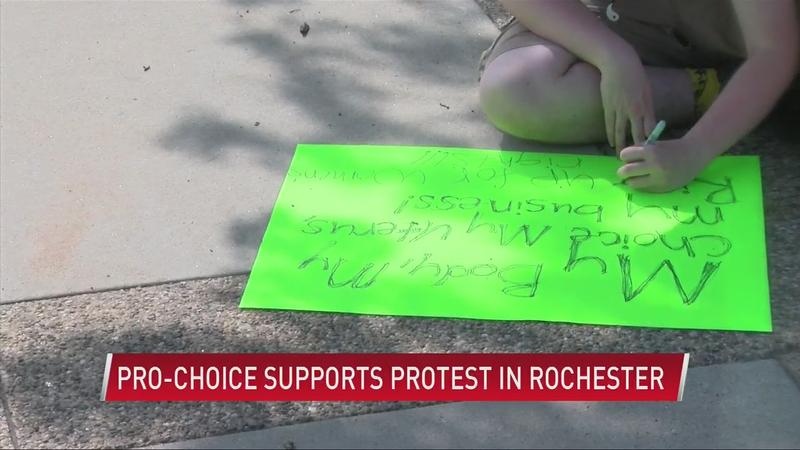