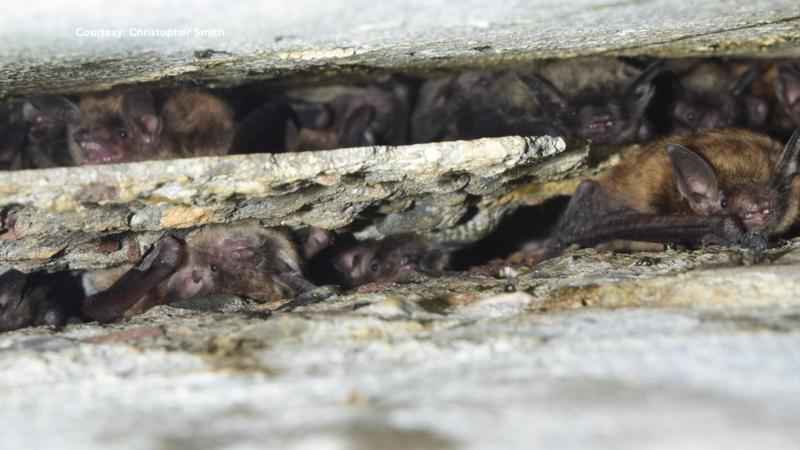 (KSTP)- MnDOT is testing out technology that aims to speed up bridge construction projects while protecting the state’s bat population.

The Minnesota Department of Natural Resources reported there are seven species of bats in the state.

If they’re not in your attic, they could be hanging out underneath one of the state’s 21,000 bridges.

"The bats like the bridges the same time of the year that we want to do our construction activities," said Christopher Smith, MnDOT’s Wildlife Ecologist.

That’s why Smith recently played a key role in a research project.

"We need to come up with ways to deter or discourage bats from the bridge or bridges when we need to do our projects and then after the project is all wrapped up they’re more than welcome to come back," Smith said.

Placing acoustic deterrent devices near bridges in need of repairs led to bats deterred by the sound, MnDOT said.

"When we project this sound and create this jamming of their signal, they then look for other places to go," Smith said.

Once construction crews finish their work at the bridge, then they’re going to remove the technology completely with the hopes that the bats return to the bridges.

"They came back pretty quick, anywhere from the very next day to a few days later," Smith said.

With the research success, Naumann knows how important this work is.

"Their population has been declining over the last few years," he said.

Naumann also said bats are crucial to the ecosystem.

"They eat thousands and thousands of mosquitoes in one night so they are excellent to have around," Naumann said.

Without this technology, MnDOT believes the bat population would suffer.

"If the work were to start when the bats were present on the bridge and they have all their babies they would often leave those babies behind then those babies would likely not survive," Smith said.

What started as research on a couple of bridges will be used on select projects around the state in the near future. Both MnDOT and the DNR agree it’s a win-win.

"They will take every effort possible to save our species in Minnesota," Naumann said.

"We care a lot about bats and want to do our part to protect them," Smith said.