(ABC 6 News) – The MN Cup, hosted by the UMN Carlson School of Management, ends its submission period at midnight Friday.
Organizer Jessica Berg said submissions for the Shark Tank-style business competition are still rolling in Wednesday night – and the winner may well be among them, as startups and entrepreneurs polish their pitches until the last possible moment.

She expects big things from this year’s crop – after all, that’s the common thread between winners over the startup competition’s 18 years.

“It’s usually folks who are going after a really big problem or have a really big opportunity to impact a lot of people who do a lot better,” Berg said. “Either for a really narrow and specific issue, or a really broad issue.”

Take last year’s winner, Nanodropper, for example. 2021 was the first year to see a student division project take the grand prize.
Nanodropper’s products reduce the volume of liquid dispensed by medicine in eye-dropper form – meaning the user will only squeeze out what their eye can absorb.

Less product wasted means less money down the drain, Berg said – especially in senior populations, where money may be tight and eye medicines are expensive.

“That’s actually a pretty significant group of people if you look nationally and internationally,” she added.

Allisa Song, who headed last year’s grand-prize-winning team, just used the $50,000 to sign an office space lease right across from Mayo Clinic. The team has secured 700 partner clinics as well, she said.

In the next year, she hope to expand even further and ramp up production.And it wouldn’t have been possible without the MN Cup.

“We saw this as an opportunity for us to find mentors and really learn what the entrepreneurial system in the Twin Cities was like,” Song said. “We’ve made a lot of friends along the way.”

A few last-minute tips for those still waiting to hit “submit”: Berg said it helps to have someone unfamiliar with a startup’s product and plan look over submission materials to ensure they’re clear.

Song said finalists should be open to all the feedback that comes their way–especially in early stages, and take advantage of any mentorship opportunities that arise. 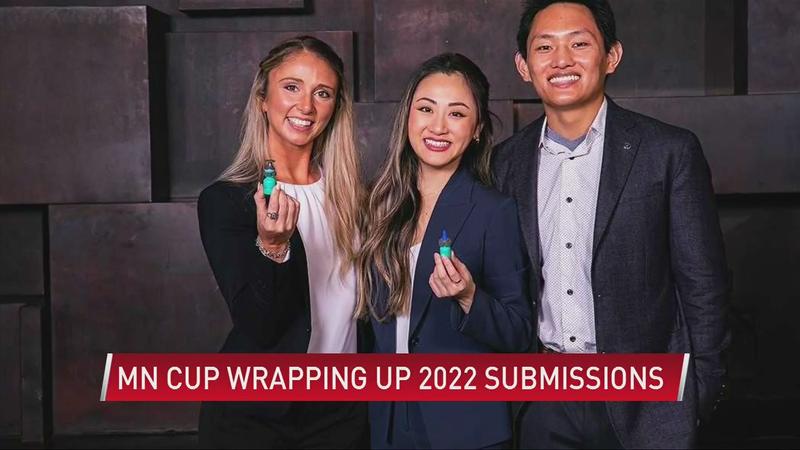