(ABC 6 NEWS) – 2021 was a busy year for the Mason City City Council and they are one step closer to finishing more projects as we move into 2022.

In 2021, the city finished the Principal Arts Pavilion that’s a part of the River City Renaissance Project.

The Bushel Boy tomato picking factory opened, which brought about 50 jobs to town.

For 2022, there are multiple items on their to-do list. 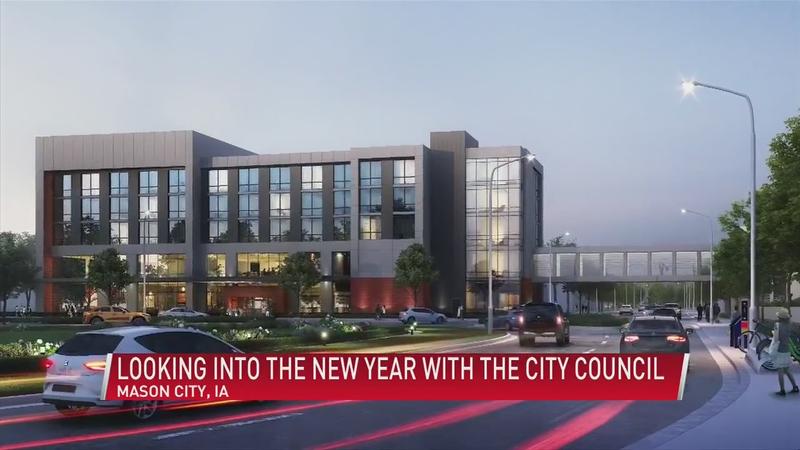 "The continued blight remediation efforts, continued emphasis on infrastructure to give our residents clean drinking water," At-Large Council Member, Paul Adams said. He added, Really an issue that has popped up recently is police force hiring, we were about a dozen officers short at really the worst time this past summer, but we have made some progress there and hired about eight more officers."

Now that we are in 2022, the council will begin work on the 2023 budget and look at continuing different infrastructure projects.

There is also one big piece to the River City Renaissance Project that will soon break ground, The Hyatt Place Hotel and Conference Center.

"Hoping to see a groundbreaking here once the ground thaws out and the snow disappears for the season, but again that is the last aspect of the River City Renaissance is getting the hotel and conference center open and completing the skywalk from the hotel to music man square," Adams said.

The hotel has been in the works since 2015, but it has changed developers a few times and COVID has caused delays.

The hospitality industry in Mason City did take a hit, but it is making a comeback.

"We are seeing occupancy levels in our existing hotels rebound to a rate that they saw pre-pandemic also the average daily rate for rooms is back to a pre-pandemic level," Adams said.

They are hoping the Hyatt Place will open in late 2023.

As for the pandemic, the city is still encouraging mask-wearing in City Hall.

The city council meetings are still in a hybrid method, and they most likely will keep that to allow more citizens access to their meetings and council members.