(ABC 6 News) — Earlier this month, the Special Olympics USA Games were held in Orlando from June 5 through 11. One of the athletes competing was Jacob Reisnour, who practices at the Austin YMCA.

Reisnour won himself a gold medal in the 25m backstroke and a bronze in the 25m freestyle and loved every minute of his time in the Sunshine State.

"The heat, the weather, the teammates," Reisnour said when asked about what liked the most. "All the teammates and got to meet all my swimming teammates… It’s a privilege to go down there, not many people get to do the swimming…"

He’s a dedicated swimmer with a competitive spirit that can be seen in how he swims. His unorthodox style earning him the nickname, "Thrasher," a moniker he embraces and indicative of his speed.

"When he’s thrashing through the water, you can tell that he’s just zooming through…" Nicole Fuller, Jacob’s YMCA swim coach noted."…And it’s pretty obvious that he’s putting all of his energy and effort into making it to the wall before everybody else." 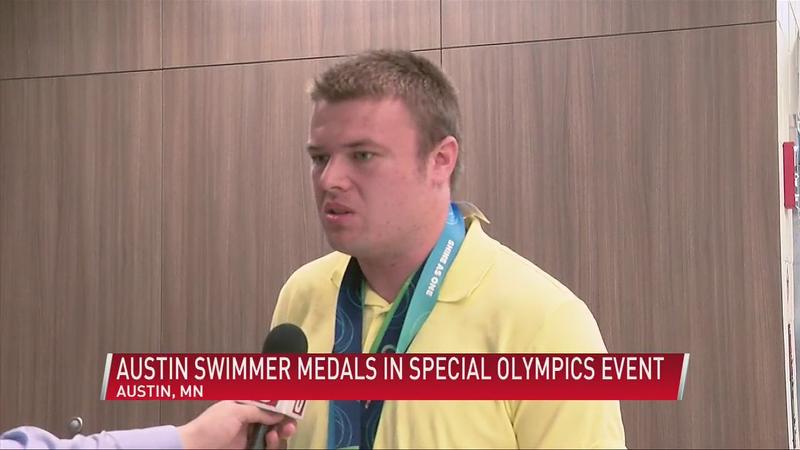 Fuller recounted when Reisnour won the gold in the 25m backstroke, a gleeful moment for everyone involved.

As much as Reisnour enjoys swimming, he likes running even more. In just the past three months, he’s had over 21 million steps. Reisnour also aims to compete in the Special Olympics Games when they come to Minnesota in 2026.