"It’s very hard to go through two conference seasons undefeated, especially in the type of conference we have here. When all is said and done, certainly that’s going to be one of the things our kids can look back at and feel very proud of," Lake Mills boys basketball head coach Kyle Menke said.

The streak, unfortunately, came to end on Friday, February 11th against Newman Catholic, a team that had only lost once all season, even so, the morale for Lake Mills is still strong.

"Whatever situation comes up, just be prepared be ready and attack it with confidence," said Helming. 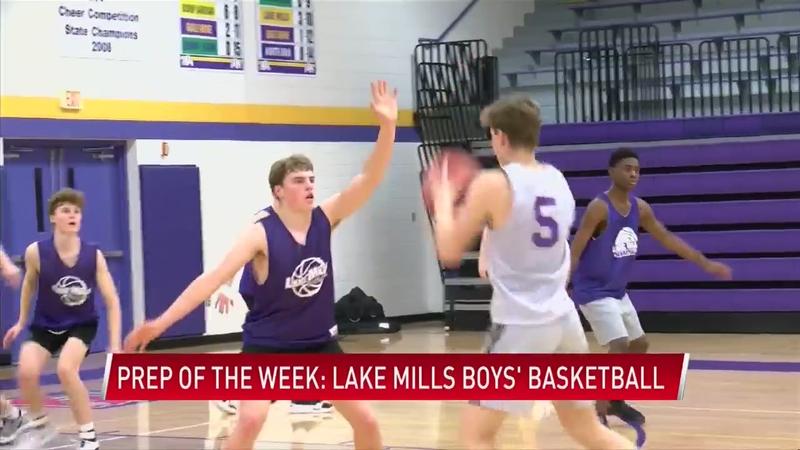 "If we’re fortunate enough to get an opportunity to play them again, we look forward to that challenge of going out there and playing better.," Menke said.

Backed by a senior-heavy starting crew with impressive players off the bench, the Bulldogs are confident they can claim the sectional crown and head back to state.

"Off the bench, I guess Seth will come in, he’ll get a lot of rebounds. My little brother, lance, he’ll come in and give good defensive energy. Eli, coach’s son, he’ll hit some three’s he’s a great shooter," Helming said.

The majority of the current roster are still sophomores… but their potential is a great sign for coach Menke, a sign that this team is not just coming… they’re already here.

"We’ve got a lot of young players that are – that have stepped into good roles this year; and will step into roles. And we look forward to seeing what some of these young guys can do not only this year but in the years ahead," Menke said.