Former mayor of Rochester, Chuck Hazama, had his celebration of life Saturday

People attending the service were wearing bright colors and Hawaiian shirts to honor his Hawaiian culture.

Hazama played a part in creating many traditions in Rochester, including helping to establish Rochesterfest.

He served as the Rochester mayor for 16 years and believed that the city government should be open to everyone. Hazama even removed the door to his office to emphasize his beliefs. He served as mayor from 1979-1995.

His friends and family took turns sharing treasured memories at the service. Another former mayor, Ardell Brede, also spoke to the memories and friendship he had with Hazama. 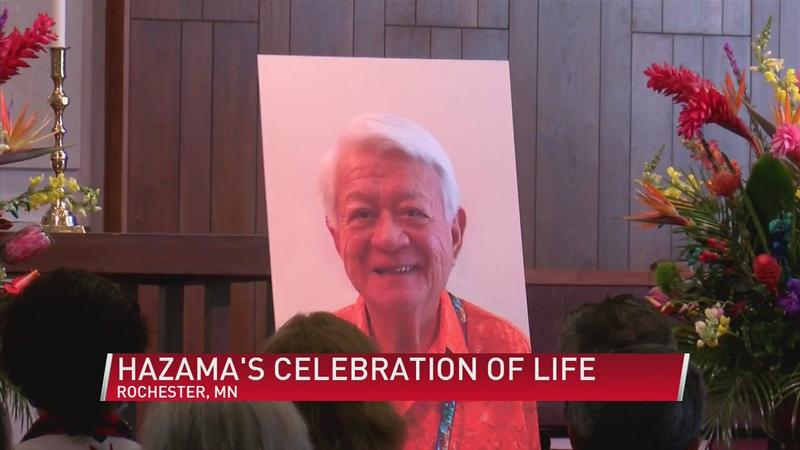 "It was the 25th anniversary of Minnesotan’s in Maui, and I was able to get a shirt with his autograph on it," Brede recalled. "He was not only a great mayor, but a great friend."

Hazama’s ashes will be spread off the coast of Hawaii in the near future.