No. 3 Dover-Eyota dominated No. 6 Triton 18-1 in an elimination game in five innings. Maverick Sobczak went 3-for-4 with three RBIs, Landon Lehnertz was 3-for-3 with three runs scored, Karsen Behnken was 2-for-4 with a homer and four RBIs and Gavin Gust drove in three runs. Christian Huffman allowed one unearned run on four hits for the win.

It was a pitcher’s duel in the Pine Island-Zumbrota-Mazeppa game as Carl Schutz and Preston Ohm both racked up strikeouts. In the end, Pine Island got the victory 1-0. 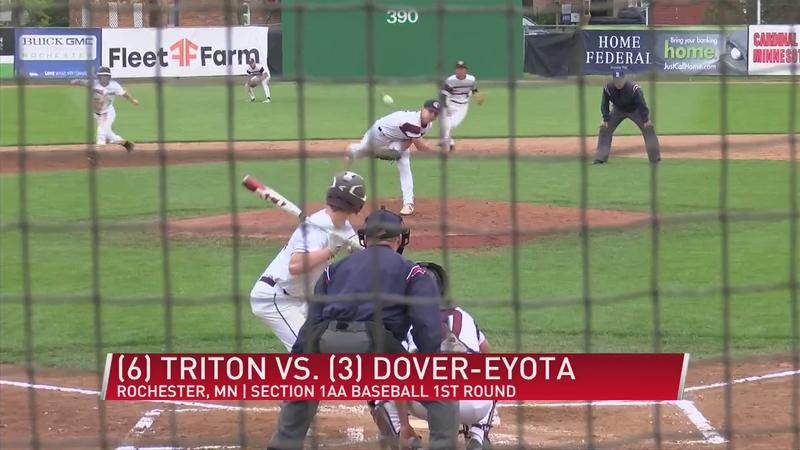