Police Chief David McKichan has been sharing calls for service in annual reports each year since he became chief in 2019.

He feels this is a way to show the depth of the calls.

"This is I hope a way we can relay to the community just how much is going certainly doesn’t mean our community is unsafe in any way just when you have 26,000 people in a very busy community there are a lot of things going on," McKichan said.

2021 was a year with more calls including 3 homicides. 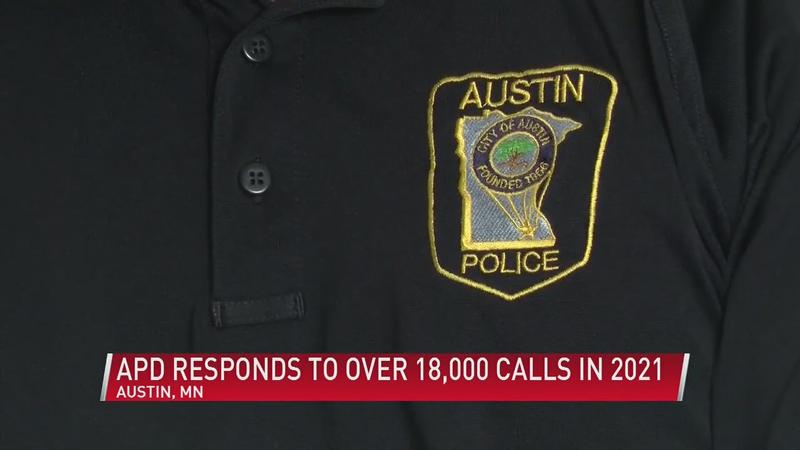 "Having 3 homicides in a true calendar year is unique you probably have to go back 20 years to see something like that. "It’s unfortunately you know in some ways follows some of the trends that other cities and really the nation is seeing right now," McKichan said.

Now that we are in 2022, a big concern for the department is staffing shortages.

In 2020, the police department was fully staffed, but in 2021 they lost four officers.

"It does ask even more of our existing officers really as we start 2022 that is the biggest challenge we have in front of us is trying to come back up to full staff and there is certainly some training and time periods that kept that from happening immediately," McKichan said.

The police department is working with the Civil Service Commission to possibly extend the periods in which they take applications and test.

ABC 6 News also asked Chief McKichan about the officer-involved shooting that happened at the end of 2021 in Austin. It brought up the discussion of why officers do not wear body cameras in Austin.

Chief McKichan said cameras could be included in the Capital Improvement Plan, but there are other needs that need to be in there such as updating squad cars or radios.

The earliest body cameras could become an option would be in 2023.

The 2021 Annual Report will be released sometime in March by APD.