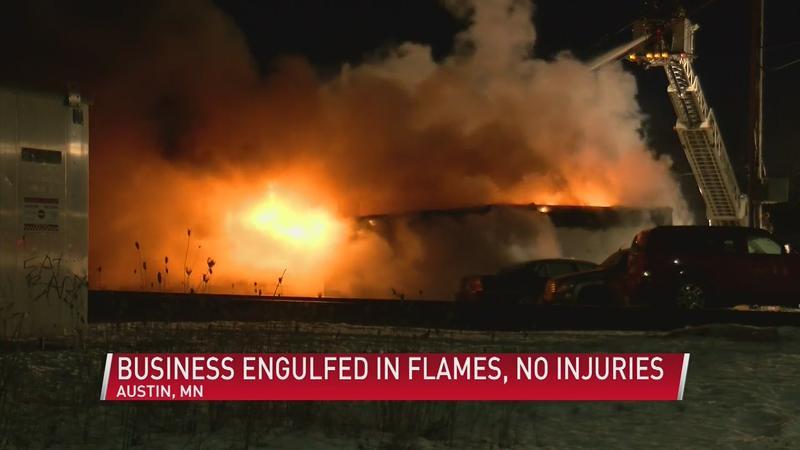 (ABC6 News) – An Austin fire that caused $600,000 in damages began because of a small propane torch, Chief Jim McCoy of the Austin Fire Department said.

The fire began in the basement of M-D Custom Motorcycles Thursday, Feb. 17. A worker at the motorcycle repair shop was using the torch in the basement, and set it down without ensuring it was properly turned off, McCoy said.

The fire started after the person went upstairs. The Austin Fire Department said most of the damage to the building was in the office area, but some of the shop area and roof were also burned.

The Austin, Brownsdale, and Lyle fire departments were called to the shop on 4th Ave SE around 3:30 p.m., and worked for more than seven hours to put out the fire.

Several motorcycles were removed from the shop before receiving any damage.