(ABC 6 News) – UPDATE: A man is dead after a more than 24 hour standoff with law enforcement in Austin.

On December 22nd, at approximately 3:45pm, officers were dispatched to the area of 7th Street NW and 8th Avenue NW for a male walking in traffic, holding a knife. Officers located the subject, who was armed with a machete, in public and attempted to gain verbal compliance from the subject. That was ineffective and the subject was followed into a residence. As the officers attempted to take the male into custody several Tasers were deployed, but were also ineffective. The subject retreated further in the apartment in the 1200 block of 4th Avenue NW. The subject threaten to hurt other people. The Austin/Mower SIRT unit, including trained negotiators, responded to the incident.

Over the next 24 plus hours, officers attempted to negotiate with the individual to come to a peaceful resolution. Several times during this incident, officers used pepper gas and less lethal foam impact munitions, which were also not effective. At approximately 6pm on December 23rd, police presence was drawn down to uniformed officers posted in the area to continue to monitor the situation and ensure public safety. At approximately 9:30 pm, the male exited the apartment complex and walked to the Kwik Trip gas station located in the 1200 block of Oakland Avenue W., followed by officers. In the parking lot of the gas station, the male armed with a knife, confronted those officers. At one point, one officer discharged their firearm, striking the male. Officers on scene rendered medical aid to the male and called for an ambulance. The male later died on scene.

The MN BCA was called to investigate the officer involved shooting. Any further information regarding their investigation will come from the BCA. The male will be identified by Rochester Mayo Medical Examiner’s Office. 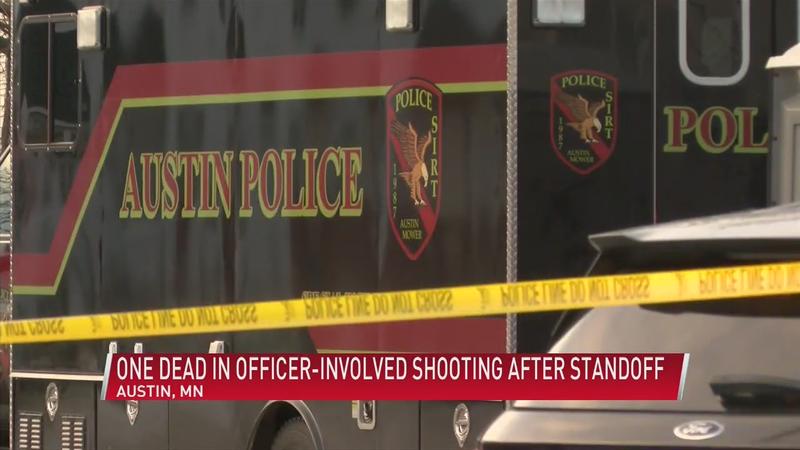 "I know the gentleman through the neighborhood, but I never felt threatened by him," neighbor Glenn Brownlow said.

The Bureau of Criminal Apprehension and a heavy police presence was at a gas station in Austin Thursday evening.

No details on why the BCA or law enforcement were at the gas station have been released at this time. The Austin Police Department told ABC 6 News that information would be released later in the day Friday.