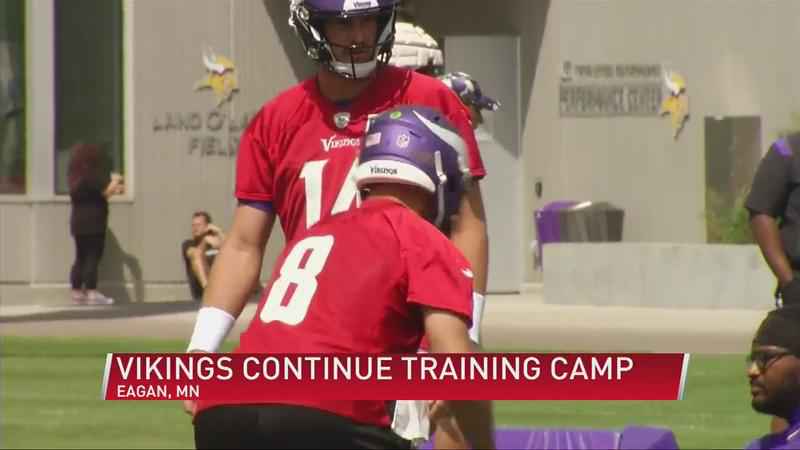 (ABC 6 News) — ABC 6 sports reporter Richard Denson was out in Eagan at the TCO Performance Center for day 2 of the Minnesota Vikings training camp.

He gives details on comments new GM Kwesi Adofo-Mensah made about quarterback Kirk Cousins, as well as Cousins talking about the challenge of adjusting to a new head coach and his philosophies.

C.J. Ham, a fullback who’s been with the team for six years, spoke about how he’s open to playing any role in the offense to keep a spot on the team.