(ABC 6 News) – When the Mayo Spartans and the John Marshall Rockets face off, it’s always an intense and electric crosstown rivalry game.

On Friday, the Spartans were looking to sweep the Rockets this season, while JM looked to end the regular season on a high note. The Rockets were also without one of their key seniors again, Lincoln Meister.

Right out of the gate this game was fast and physical. Jacob Daing making big plays for the Rockets, as was Gabe Madsen and Michael Sharp. A back and forth game heading to halftime, a couple three’s from the Spartans put them up 23-22 at the break.

“We play tough as a team,which is really keeping us in the game this half,” Daing said before the 2nd half started. “[We’re] playing good defense on the two twins (Mayo’s Gabe and Mason Madsen), which is a key part of this game and in order for us to win this game we have to keep playing with the same intensity and the same energy as the first half.”

On the other end, Spartans’ senior Asa Cummings said the team needed to be better on defense and maintain their shots. But the most important thing was to stay solid. 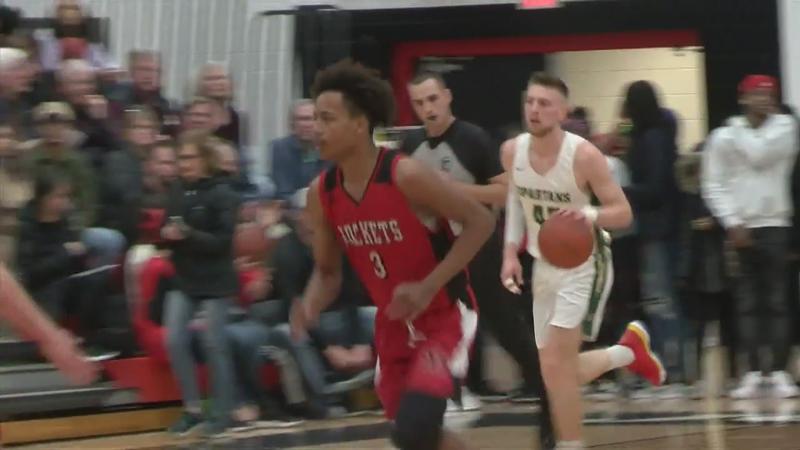 The Spartans created separation in the 2nd half of play, which helped them win 53-43 to close out the regular season.