UPDATE: Man rescued from grain bin out of hospital

(ABC 6 News) – A man is out of the hospital after he was rescued from a grain bin in Dexter.

"So when we heard how far down he was, that really made it a dire situation to make sure help got to him as soon as possible. And stop him from further sinking in."

To give an idea of how dangerous a grain accident is, every move a person makes, makes them sink further. It’s very similar to being in quicksand.

It took about 45 minutes to rescue the man, it’s unknown how he fell inside the bin. 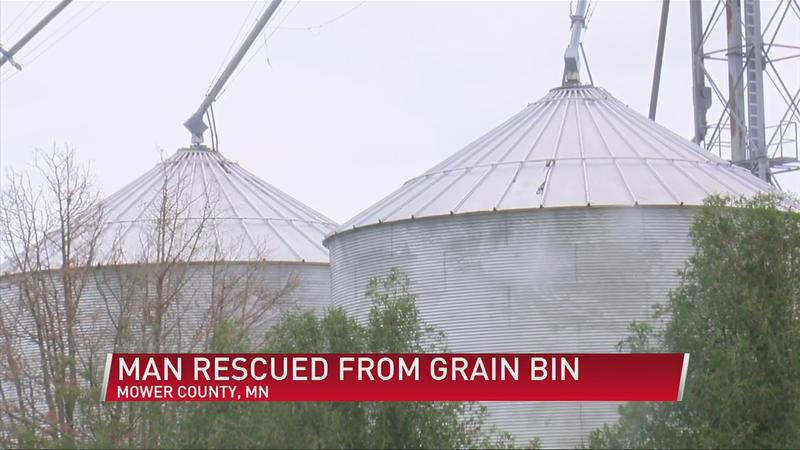 The man was transported by ground to Mayo Clinic Health Systems in stable condition.

Mower County Sheriff’s Deputies, Dexter fire and First Responders, Grand Meadow Fire and Ambulance, Adams Fire, Austin Fire, and Mayo One responded to the scene and assisted with the rescue.