The buses are New Flyer Xcelsior 60 Next-Gen models manufactured in Saint Cloud, Minnesota. The vehicles represent two firsts for RPT: The first electric vehicles in the fleet, and the first sixty-foot articulated buses to be in use. 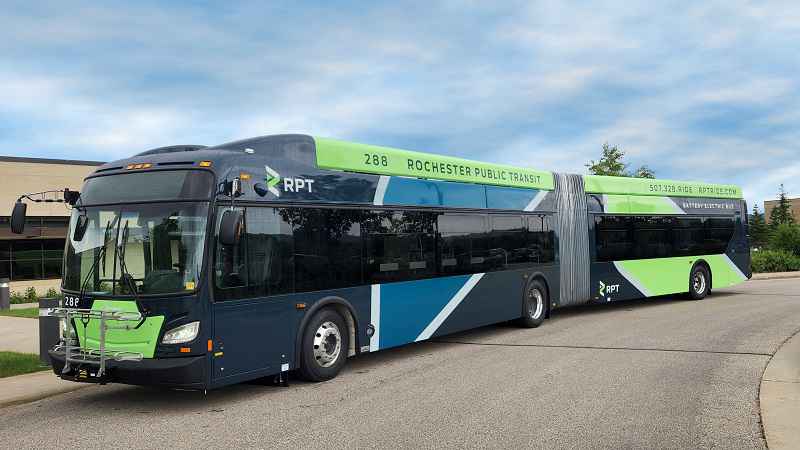 The two XE60s feature third-generation battery storage with a maximum charge of 525 kWh. Depending on conditions that equal a range of just over 150 miles on a single charge. The charging system installed at RPT’s bus facility can deliver a full charge in under 4 hours.

"Buses like this will help us be able to make a significant impact in lowering greenhouse gas, as well as community members who embrace electric cars in their own homes. So, I think we are on the right pace, we’re steping forward and moving ahead as we should as a community. Change happens at the cities first and Rochester is leading the way," Rochester mayor Kim Norton said.

Once deployed, these two vehicles will carry over 90,000 passengers annually, and save over 11,000 gallons of diesel fuel that would have otherwise been consumed.

The project was funded in part by a grant from the Federal Transit Administration’s Low or No Emission Vehicle Program. The grant covered 63% of the $3.6 million project cost, with about $1.3 million for each of the two buses and $1 million for the charging equipment and infrastructure.