(ABC 6 News) – The LeRoy Fire Department is celebrating 125 years this year and on Saturday morning, the Minnesota Fire Engine Club surprised the fire department with an antique fire engine from the 1950s.

Len Schrader with the Minnesota Fire Engine Club, a group of antique fire truck enthusiasts, said the LeRoy Fire Dept. reached out to the group for its anniversary but had no idea that this 1956 fire engine that was originally LeRoy’s was coming back to them as a surprise.

Schrader said there were lots of smiles and a saying they have is “When you see an old firetruck from your childhood, it’s like seeing an old friend.” He added the biggest reason they do this is for the kids, but even the fire department was surprised when the old engine showed up at the fire station on Saturday morning. 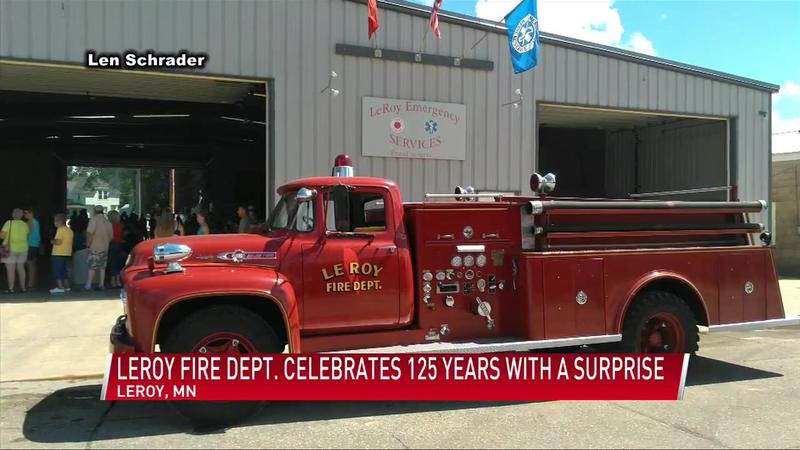