(ABC 6 News) — Wabasha-Kellogg is starting to build momentum and put a win streak together at the right time.

The Falcons got their third straight victory when they dominated Schaeffer Academy 21-2 at Hudson Field on Monday.

The Lions came out attacking early when senior Cole Morgan doubled into center field after a walk. With runners on second and third, Schaeffer Academy’s Matthew Gingerich hit a ground ball right to the Wabasha-Kellogg’s Garret Pavelka who tagged out the Lion player trying to steal home.

Falcons pitcher Ryan Hartert would strike out the side to get Wabasha-Kellogg out of the inning unscathed.

From there, they dominated and would go on to get the win in five innings. 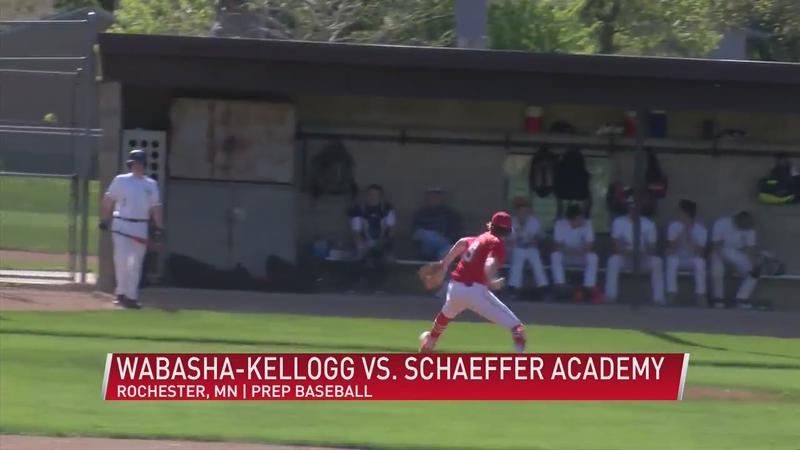