(ABC 6 News) — RCTC Baseball is too close to a grander prize to pack it in now.

After taking a blowout loss against St. Cloud Tech hours prior, the Yellowjackets will look for payback as they are advancing to the Region XIII District Championship game.

In RCTC’s was was their opening opponent in the tournament, the Ridgewater College Warriors. Much like the first encounter, this was a one-sided affair in due time. The Yellowjackets scored thrice in both the first and third innings, ensuring a comfortable deficit thanks to home runs from Will Pacheco and Gabe Sepulveda. Pacheco and Sepulveda in particular were a one-two punch, the latter going yard almost immediately after Pacheco during the third.

The final score after the Yellowjackets bats cooled off a decisive 14-6 victory. 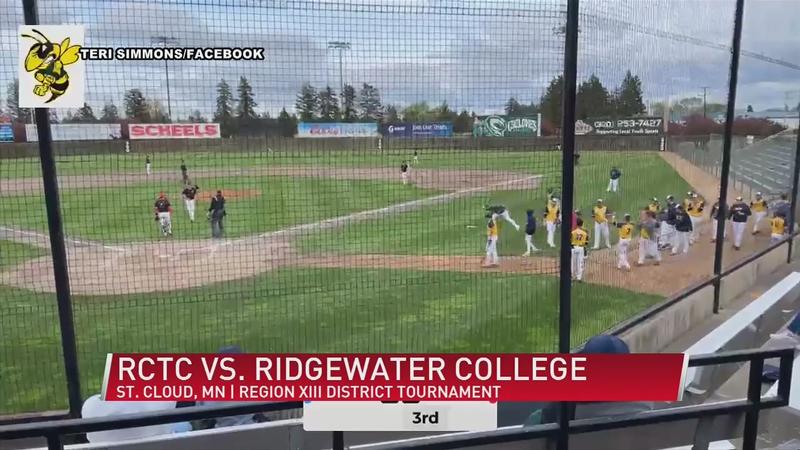 Gustavo Gonzalez was tremendous at the plate, knocking in four RBIs while Yanseph Llanos followed behind with three RBIs. Starting pitcher Alec Dietl got his seventh win of the season, striking out five while allowing five earned runs over 7.1 innings.

RCTC and St. Cloud Tech will play for the District Championship at 11 AM on Saturday. The winner is also guaranteed a berth in the NJCAA DIII College World Series.