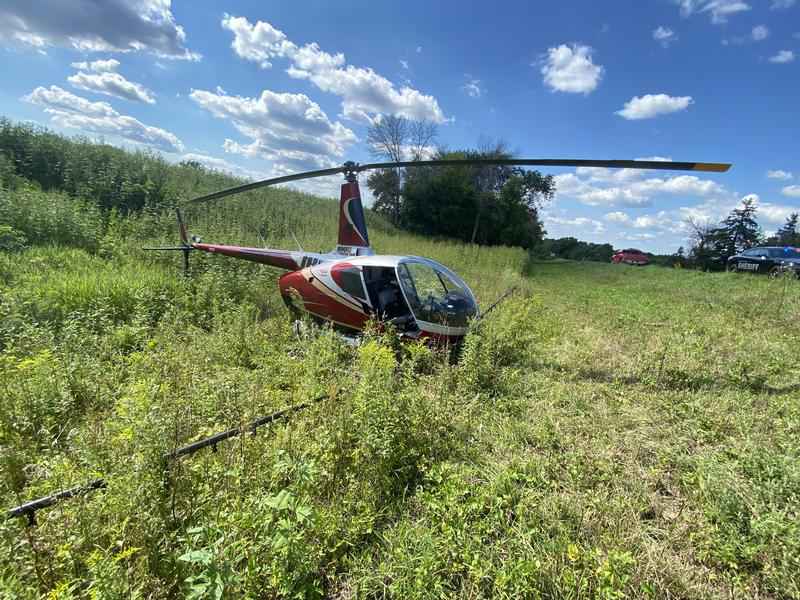 (ABC 6 News) – A man was unhurt when the helicopter he was piloting crashed in rural Wabasha County on Tuesday afternoon.

According to the Wabasha County Sheriff, at approximately 2:52pm on Tuesday, a 911 call was received by dispatch of a helicopter versus power line crash just north of the intersection of County Road 2 and County Road 8 north of Elgin in south-central Wabasha County.

The caller informed dispatch that the helicopter down was occupied by a single pilot.

When deputies arrived they located a crashed 2011 Robinson R66 crop dusting helicopter, owned by Iron Horse Aviation out of Gilman, Iowa and contracted by Ag Partners out of Goodhue, Minnesota.

Piloting the helicopter was Tyler Wayne Williams, 31, of Tallahassee, Florida who was unhurt.

The FAA assisted via phone and will be inspecting the wreckage which has been moved to a different location.