(ABC 6 News) – Senate Republicans are proposing a $65 million law enforcement package that they’re calling C.O.P.S. — Creating Opportunities in Public Safety. The program will try and fix what law enforcement says is a recruitment problem. C.O.P.S. is made up of six bills, authored by different senators. It includes $1 million for an ad campaign, around $40 million for scholarships and financial aid for prospective peace officers, and an additional $20 million allocated for sign-on bonuses of up to $10,000.

"Bottom line is, violent crime is absolutely out of control and it’s time to take it seriously and address it," said new Senate Majority Leader Jeremy Miller (R, Winona).

When Sheriff Kevin Torgerson started in Olmsted County around seven years ago, they had 50 to 60 applicants trying to join the Sheriff’s Office. Now, they have 15. Torgerson said staffing shortages may mean deputies have to prioritize calls — noting they may not get around to everyone.

"We would either delay or just tell people, yeah you’ve had a theft at your house, somebody stole something out of your car? Go online and file a report. We’ll see what we can figure out. And that’s not where we wanna be. It’s tough and it’s getting tougher. I don’t know what we’ll do," Torgerson said.

However, he also believes what lawmakers propose may not fix the problem. 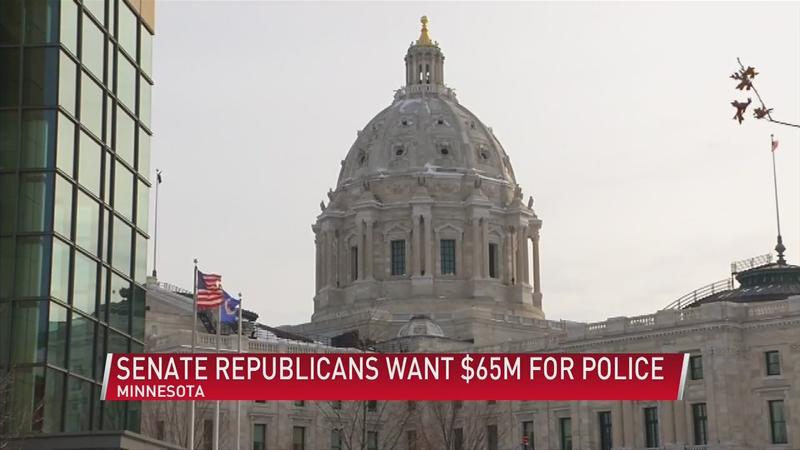 "I don’t know that there’s any amount of money that can save that."

"The best policing is prevention. There are multiple things that we need to do, but that is huge," said Minnesota Governor Tim Walz.

"I envision some communities that’s exactly what they need. And that’s the decision that they need to make. Others. It may be social workers," he said.

These bills were just introduced in the Senate and would have to pass through the Democrat-controlled House before local departments could see any funding.