I spoke to Annie and she’s not giving up. She turned to social media when she needed it most and she says, it’s the greatest thing she could have ever done.

Atreyu’s a fighter. He goes to dialysis three times a week for treatment, and it’s his smile that everyone loves.

So Annie started a Facebook group called the ‘Neverending Story of Atreyu Mordecai’ as a way for people to see how Atreyu is doing. 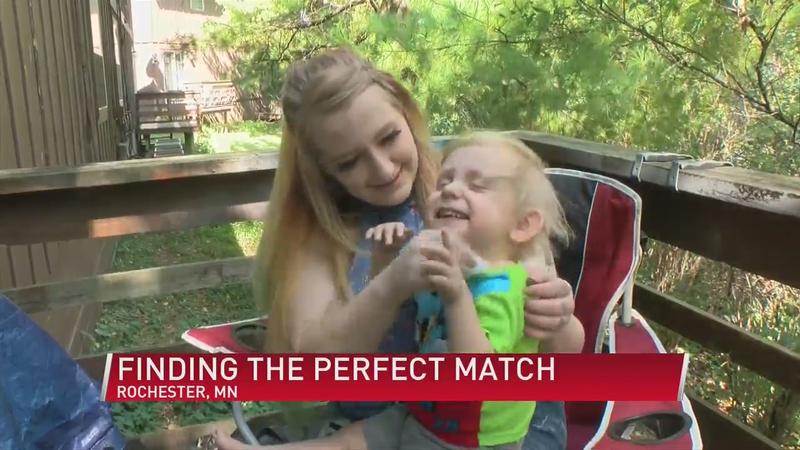 But it became something so much more.

"I’ve had people send me stories and I post it on my page and the members will share the story and I think it’s awesome to see the community come together," Maynard said.

And it was in this group, where Annie found a potential donor for her son.

"I’ve just been so focused on trucking through and making it and being strong for him that the finish line is here, and I’m like really? Okay," Maynard said.

That excitement, Atreyu has too. He’s was so excited when I talked to him!

Throughout all of the emotions, there’s a bigger picture here.

Another kid I want to introduce you to is Tarkenton Cunningham. He’s 15 months old and is also in need of a kidney.

"Everybody he comes in contact with I feel like he brings this light to people," Taylor Cunningham, Tarkenton’s mom said.

Taylor’s right, Tarkenton does! This little guy made me smile more than once.

But the Cunninghams have been through a lot. Before Tarkenton was born, Taylor learned he had a Lower Urinary Tract Obstruction.

This caused his bladder to enlarge and urine backed up his kidneys, Taylor and her husband Tad were told the chances of Tarkington surviving were slim, but he made it.

"The more people that see him and hear about him there is a potential that more people match with him or someone anywhere," Tad Cunningham said.

Tarkington, like Atreyu, is a fighter and his family is doing what they can to help him find his perfect match.

"I think that he’s already starting to teach a lot of people about kidney disease," Taylor Cunningham said.

If you would like to join ‘The Neverending story of Atreyu Mordecai’ you can visit this link.

For information about organ donation for Mayo Clinic Rochester and if you would like to help, here’s the link: