This is just two days after he won the special election to fill the empty seat in the U.S. House, taking over the late Jim Hagedorn’s seat who passed away earlier this year.

Finstad is set to be sworn into congress on Friday, only days after his election victory over DFL candidate Jeff Ettinger in a special election.

Finstad will hold that seat until Jan. 3 when the current term us up, meaning he will be on the ballot again during November’s general election.

He said he is excited and nervous to begin his work at the capitol, but above everything else, he is honored. 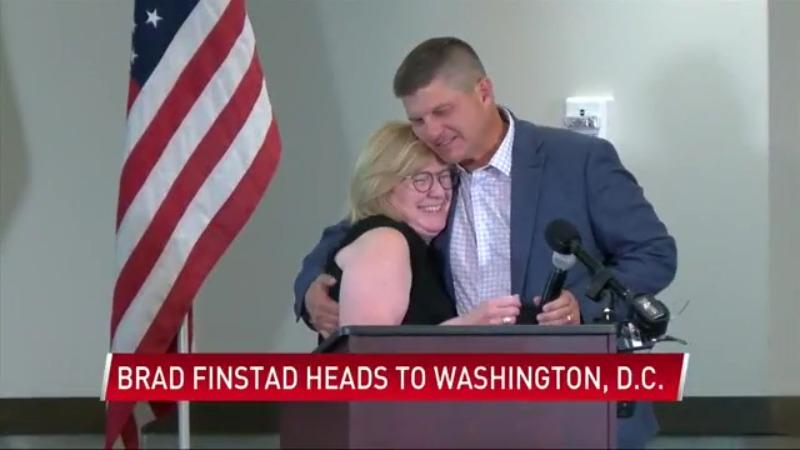 "This is the peoples’ seat. This belongs to the people of Southern Minnesota, not a person or politician. I’m just honored to have a seat at the table," Finstad said.

Finstad said his plan is to take it one day at a time. His priority for the next four months is to represent southern Minnesota’s values in conversations and in committees in congress focusing on things like food and gas prices, inflation and supply chain issues.

"I think this has been undervalued or under talked about but we have not been represented here for a few months because of the untimely death of Congressman Hagedorn. And so there’s a lot of constituent service things that need to be worked on," he said.

Finstad is hopeful that he will win the seat again in November against Democratic challenger Jeff Ettinger, but he doesn’t have long-term plans that extend past these first four months.

At his swearing-in ceremony on Friday, Finstad will have his wife, seven kids and parents there supporting him.