(ABC 6 News) – Minnesota passed a law last month allowing the sale and consumption of edible cannabinoid products that include THC as long as they are under 5 milligrams per serving.

The Austin city council is discussing these regulations in the city because when Minnesota legalized THC products, they didn’t provide a lot of guidance. The city of Austin wants to provide clear guidelines while keeping residents safe.

"We agree with the city that these things should be safe," Jeff Brinkman, President of Superior Cannabis Company in Austin, said.

Brinkman says these regulations won’t change a lot for current distributors such as Superior Cannabis Company. Austin isn’t changing what the state guidelines are. This is rather to ensure that products that are being sold are safe. 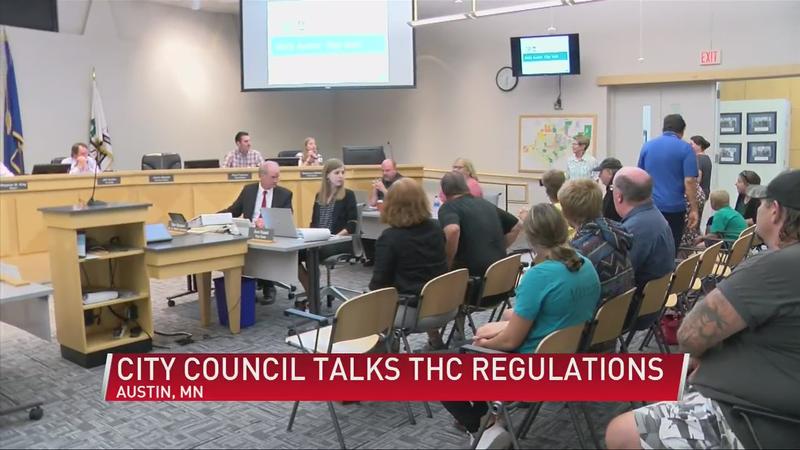 He added that the new state legalization has increased sales as he says edible gummies are the most popular form of consumption of cannabis products.

The ordinance looks to pretty much mirror state tobacco and alcohol regulations.

"We just wanted some smart regulations. It is an intoxicating substance, so when we look at some of our other controlled substances like tobacco or alcohol, we looked for an ordinance that made sense, would model those, and work for the citizens of Austin while keeping our youth safe," Austin City Councilmember Mike Postma said.

What that will look like is– it cannot be sold to people under 21 years old. THC will either have to be sold behind glass or behind the counter.

Places that are selling THC will have a license, so it is known who in the city of Austin is selling the product and the city will likely have officers checking in once or twice a year with these businesses just like they would for alcohol or cigarettes.

The hours of sales would be the same as state laws for alcohol and tobacco sales as well.

"I feel I got a look at the first draft of the ordinance. I think it’s a common sense issue so I think it’s going to be workable. I have a positive feeling about it, " Brinkman said.

The ordinance will possibly be passed at the next city council meeting which is in September.