The game was a 1-0 lead in Pine Island’s favor going into the sixth inning, until an errant pitch allowed Pine Island’s Riley Kuehl to race home by inches. Kuehl’s teammate Brandon Week would later come home as well via RBI to make the score 3-0.

Adams’ Harrison Hanna would pop out in the bottom of the ninth, ending the game and Adams’ season. Meanwhile, Pine Island will continue its way through the elimination bracket, hosting La Crescent at home on Thursday. 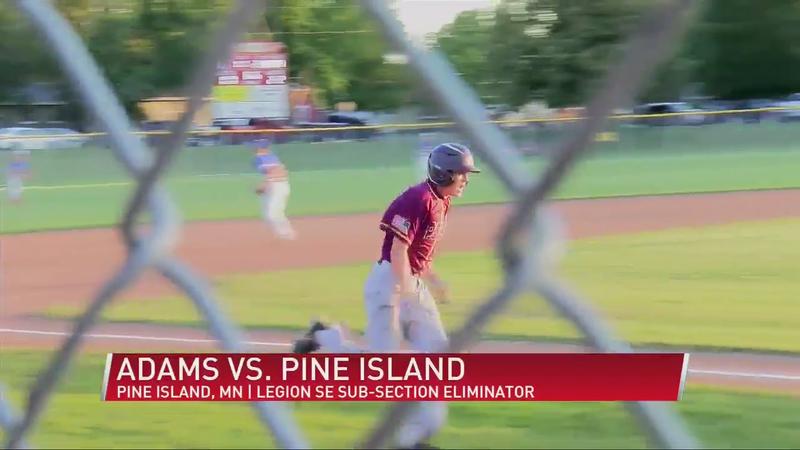