Minnesota Stix win 14u and 16u championships

(ABC 6 News) – The Rochester based, Minnesota Stix girls fastpitch softball team, had gold on their minds as both the 16u and 14u teams competed in the Tier 4 Minnesota State Tournament earlier this week

The 16u squad took on the 18u Marshall Peak team in the championship game. In the bottom of the second inning and down 1-0, the Stix scored the tying run on a wild pitch. They then took the lead 2-1 on a fielder’s choice and never looked back. The Stix added some insurance runs and went on to win 5-1 to claim the championship and finish the season undefeated.

The 14u squad took on Sleepy Eye in the championship game. The Stix were in control of the throughout taking a 4-1 lead into the 7th inning. Sleepy Eye would crawl back to make it close, but in the end the Stix would win 4-3, claiming the championship and finishing the seaon undefeated. 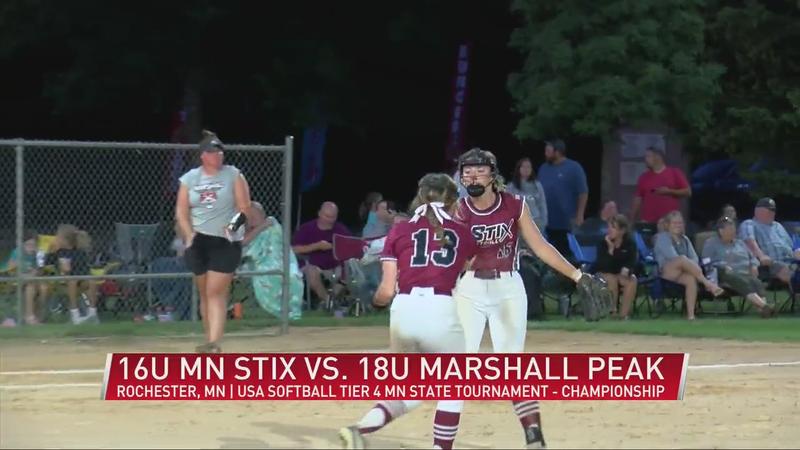