(ABC 6 News) — Central Springs softball needed a win to advance to the Class 2A state championship Wednesday, with the Regina Catholic Regals in their way.

Panthers pitcher Cooper Klaahsen was on the mound again after throwing a no-hitter the day before as the Panthers drew first blood. Kaylea Fessler hammered a solo shot to center field for the 1-0 lead, followed by another solo homer by Madisyn Kelley.

However, the lead was not meant to last as the regals later took a 3-2 before disaster struck for Central Springs. The Regals’ Emma Nibaur chalks up a two-run RBI for Regina Catholic following the Panthers’ inability to properly field the ball.

The final score was ultimately a cruel 7-4 defeat for the Panthers, losing for just the second time all season. They’ll play for third place against North Union on Friday at 3:30 PM.

Meanwhile, Newman Catholic baseball was a win away from the Class 1A state title in a semifinal against the New London Tigers. 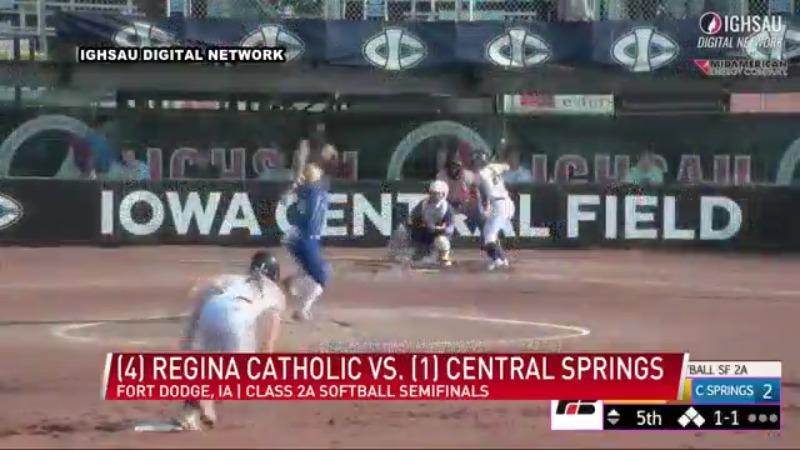 Sadly, the situation went south very quickly for the Knights as Eli Brinkley and Max Burt gave up a stunning nine runs during the second inning alone. By the time the contest was over after four innings, the Knights fell by a 16-1 score as did their hopes of a state title appearance.