(ABC 6 News) — When the Chatfield Gophers made it to the state tournament, catcher Peyton Berg knew she was playing for something bigger than herself.

She said she was heartbroken when the 2020 season was canceled because of COVID, and she vowed to play for that group as well as the current crop.

The Gophers achieved that when they beat Proctor 3-2 in the Class AA state championship game on Friday.

After the game, Berg, and teammates Jaiden Zimmerman and Claire Springer were all named to the all-tournament team.

Section 1AA has now produced six softball state champions, but the Gophers might be the sweetest because it’s their first in program history. 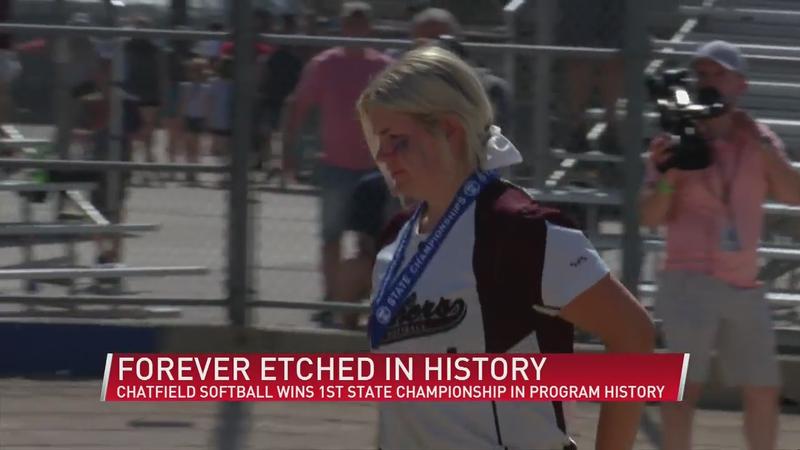 Berg admits it’s the best curtain call for her Gopher tenure she could ask for.

"It’s crazy," Berg said. "This team made history so it’s insane and it doesn’t feel real but I bet it’ll set in and it’s something I’ll remember for the rest of my life."