(ABC 6 News) – A Union Pacific train has derailed on a bridge over a creek in Hampton, Iowa according to a press release from the railroad company.

The train was carrying mixed commodities and as a result of the derailment, some liquid asphalt spilled into the creek.

Hazmat teams were on scene throughout the day with emergency response activities ongoing.

According to Robynn Tysver, a spokesperson for Union Pacific who was on scene, the liquid asphalt has been contained. 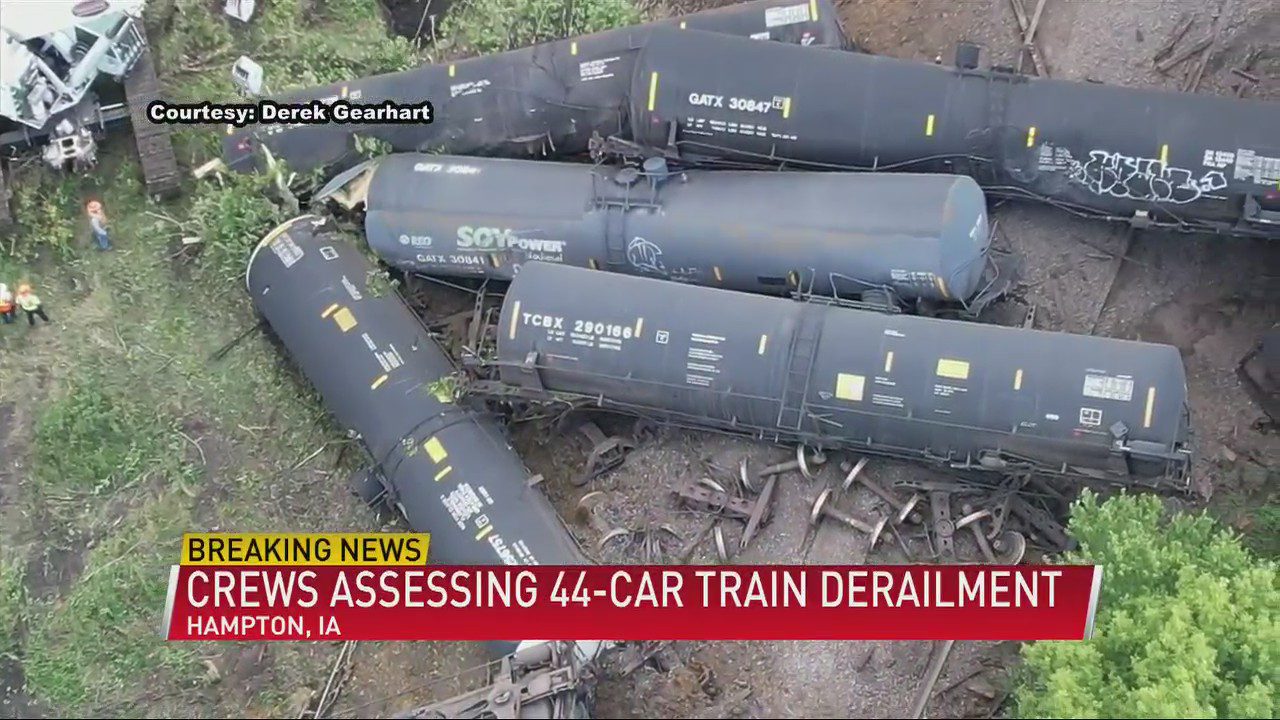 Heavy equipment was brought in along with several dozen people who worked to clean up the spill.

Tysver said crews will continue to work hard until the spill is cleaned up, and remediation will also happen.

The crew was not hurt, and the cause of the derailment is under investigation.