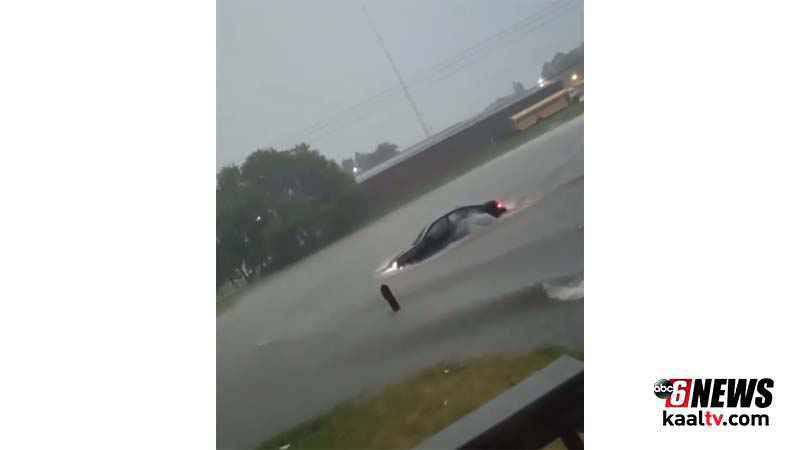 According to Chief Meteorologist Christ Kuball, radar estimates of 2-5" of rain and reports of urban street flooding in areas and localized flash flooding is still possible.

There were also reports of multiple trees and power lines down in Buffalo Center and Forest City, IA. Also, a 68 mph wind gust was recorded at the Mason City Municipal Airport.

Flooding also caused this homes foundation to give way near Frank and 8th St. in Albert Lea.

Flooding caused this foundation to give wat in Albert Lea near Frank And 8th St. wow!