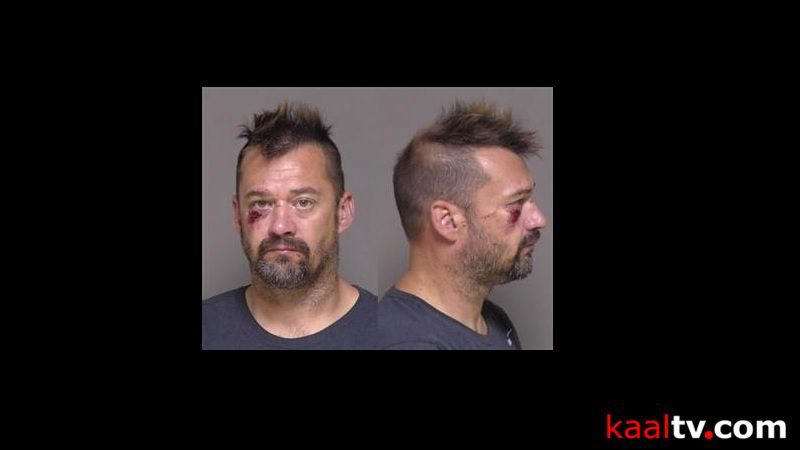 Update (9/23/22): According to Olmsted County Sheriff’s Captain James Schueller, Matthew Miller was arrested on Thursday evening, Sept. 22. Capt. Schueller said Miller was seen leaving his home on a four-wheeler. Deputies followed him to a home in Simpson where he was arrested around 10:30 p.m.

According to court documents, the warrant for Miller’s arrest was issued Sept. 13, after he failed to appear for a settlement conference.

He was accused of several misdemeanors before his encounter with law enforcement Tuesday: marijuana possession and fleeing an officer on foot in August of this year, and violating a restraining order in October and December 2020.

He is scheduled to appear in court for another settlement conference Oct. 18, 2022.

(ABC 6 News) – A Rochester man evaded arrest for 3.5 hours Tuesday after barricading himself in a detached garage’s attic and refusing to exit.

They were looking for Matthew James Miller, 44, who had three outstanding misdemeanor warrants — one for fleeing police, and two for harassment.

Deputies forced their way into the garage, only to find that Miller had allegedly gone up a ladder into an attic space, then blocked that entrance with a door or large piece of wood.

Over the course of several hours, deputies and Rochester police attempted to convince Miller to exit and fired less-lethal pepper spray bullets into the attic in an attempt to force his exit, Rossman said.

Law enforcement left the scene after midnight without taking Miller into custody after he threatened to start a fire in the attic rather than be taken into custody.