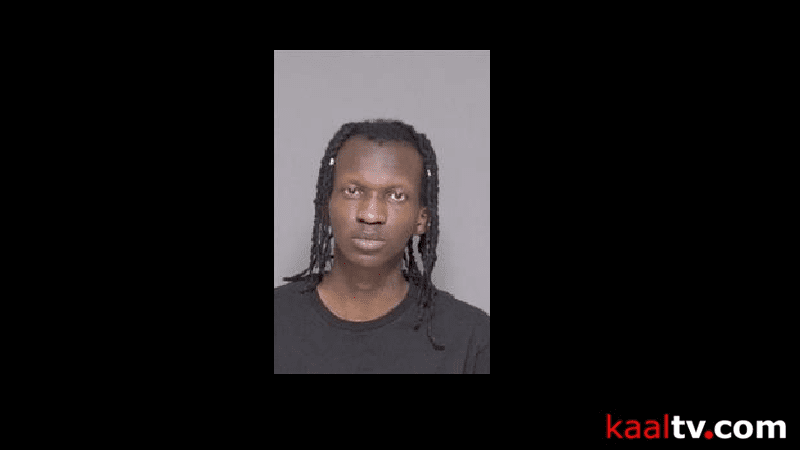 According to Rochester police, an RPD officer conducted a traffic stop for Luke Giwa, 23, of Rochester at about 2:30 a.m. Jan. 3, after allegedly seeing him violate traffic rules, then park almost two feet away from the nearest curb.

The officer allegedly noted signs of intoxication in Giwa’s behavior, and claimed he saw a marijuana scale in Giwa’s center console with the Rochester resident was looking for proof of insurance.

According to Rochester police, Giwa did not pass field sobriety and was taken to the Olmsted County Adult Detention Center, while officers searched his vehicle for contraband.

The officers allegedly located about 106 grams of marijuana in the vehicle.

Rochester police claim an officer asked Giwa if he had any drugs on his person before transporting him to the ADC, as taking a controlled substance into a jail is a crime.

Giwa allegedly told the officer he did not. However, Rochester police claim that jail staff found a package containing 1.7 grams of cocaine.

Officers allegedly initiated a strip search, before which, Giwa allegedly produced about 125 M30 pills from his body.

A jail deputy searched Giwa and allegedly found another 7.7 grams of cocaine.

Rochester police claim Giwa was processed for DWI and blew a Blood Alcohol Content of 0.17, more than twice the legal driving limit of 0.08.

Giwa faces charges of 3rd- and 5th-degree controlled substance crimes, introducing contraband to a correctional institution, 2nd- and 3rd-degree driving while intoxicated, and driving after revocation.