(ABC 6 News) – A man armed with an ax was fatally shot by police early Saturday morning after he charged toward an officer with an ax during a traffic stop.

At 10:59 p.m. Friday night, officer responded to a report of a robbery at Domino’s Pizza on Broadway Avenue South. Police say a white man entered the business with an ax, took cash and fled in a van. According to the general manager, two cash registers were broken and he has reason to believe the man had not taken a lot of money. No employees were hurt.

Police located the van at 12:44 a.m. Saturday and conducted a traffic stop on Highway 63 just south of the Highway 52 overpass. Preliminary reports indicate the suspect got out of the vehicle with an ax and charged toward the officer. The officer shot the suspect.

RPD said efforts to save the suspect were unsuccessful. He later died from his injuries.

A witness to the shooting, who wishes to remain anonymous, said, “We were driving north on 63 and were pulling onto Highway 52 and saw someone pulled over on the side. We saw the man get out of his car with something in his hands and run at the officer. We heard gunshots and we were so taken back by it. It’s just tragic to see something like that.” 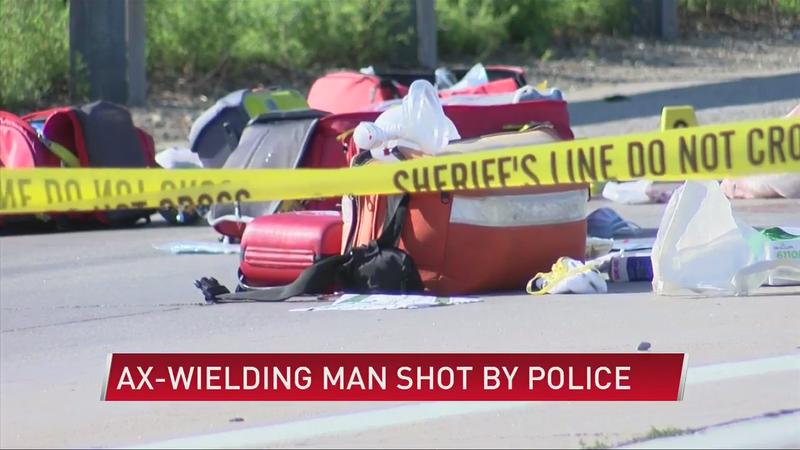 The officer involved in the shooting has been with Rochester Police Department just over a year and was an officer at another agency previously.

The Bureau of Criminal Apprehension is investigating the officer-involved shooting. According to the BCA, the names of the officer as well as the victim will be released on Monday.