(ABC 6 News) – A 17-year-old from Lakeville was taken into Rochester police custody Wednesday for gun and alcohol possession, as well as driving while intoxicated, without a valid license.

The teen was released to his grandmother shortly afterward.

According to Capt. Casey Moilanen with the Rochester Police Department, an officer parked at the fire station on 41st Street NW heard a verbal altercation at the Gates of Rochester around 11 p.m. July 13.

The officer reported that the altercation seemed to be between two groups of people.

Moilanen said the officer heard someone mention a gun, called for backup, then heard one of the parties leave in a vehicle within a matter of moments. 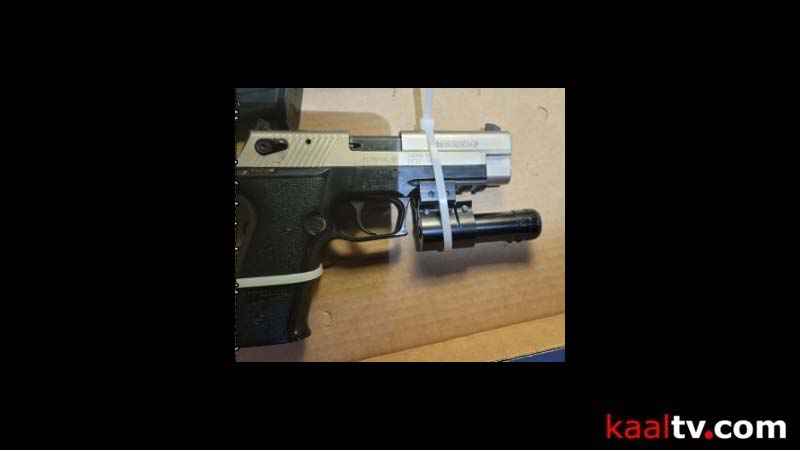 The officer followed the vehicle as it exited the parking lot, drove eastbound on 41st Street NW, then turned south onto 19th Avenue NW.

As the officer drove behind the vehicle, the 17-year-old driver pulled over to the right and exited the vehicle.

The 17-year-old was taken into custody for possession of a pistol, 4th degree driving while intoxicated, driving without a valid drivers license, driving with open bottles in the car, and giving a false name to the police officer.

However, Moilanen said Dakota County’s center refused to take the teen, and he was released to his grandmother.

The teen’s 19-year-old passenger was also ticketed for underage drinking.